Don’t Let The Hashtag Hit You on the Way Out: Chrissy Teigen Leaves Twitter

Rejoice America! Chrissy Teigen’s reign of terror on Twitter has finally come to end and the internet is a better place for it. 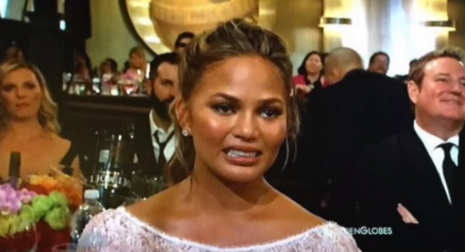 Former model and TV personality Chrissy Teigen announced March 24 “it's time for me to say goodbye.” After a 10 year-long Twitter presence, she has decided to remove herself from the platform citing abuse and negativity. She made the gut-wrenching proclamation to her 13.7 million followers and in so doing evoked a chorus of both celebratory and saddened tweets -- all of which she is probably watching from a burner account.

This melodramatic ending to Teigen’s twitter career is a revealing moment of hypocrisy for the Hollywood a-lister and her disdain for the “common people.” Her emotional goodbye featured a plea for sympathy as she recounted that Twitter “no longer serves me as positively as it serves me negatively.” and “My life goal is to make people happy. The pain I feel when I don’t is too much for me. I’ve always been portrayed as the strong clap back girl but I’m just not.”

Teigen’s condescension was complete with a lecture on proper twitter etiquette and how to practice kindness online: “I encourage you to know and never forget that your words matter. No matter what you see, what that person portrays, or your intention. For years I have taken so many small, 2-follower count punches that at this point, I am honestly deeply bruised.“ The irony is almost too much to bear! One of the biggest trash-talkers on Twitter could not take the heat from other internet trolls.

The Guardian commented on Teigen’s departure as a lesson for humanity, that Teigen’s Twitter end “highlights the proliferation of unchecked abuse and hate on Twitter.”

Teigen and her husband, musician John Legend were notorious for pushing their liberal views and attacking conservatives online. President Trump and the First Lady Melania -- and their supporters -- were favorite targets of theirs. So much of their time was dedicated to bandwagoning with their celebrity friends and dragging the former President for easy clout. Teigen practically ran a hate account dedicated to the Trumps. She made a huge fuss when he finally blocked her. It seems as though Teigen’s Twitter no longer had a reason to go on since Trump's life ban from the platform was implemented.

Twitter is memorializing her final worlds: “My desire to be liked and fear of pissing people off has made me somebody you didn’t sign up for, and a different human than I started out here as! Live well, tweeters.” So brave! Teigen must think we are idiots. “Fear of pissing people off?” She should not pretend that was not the fundamental purpose of her twitter presence.