Earlier this week the left got ticked off that “Full House” actress Candace Cameron Bure left the Hallmark Channel in order to pursue projects that aligned better with her Christian views. On Thursday, prompted by Gen Z’s queen gay, singer and children's entertainer, Jojo Siwa, the left launched an all out slam against Bure and her supposed “anti-gay” beliefs. 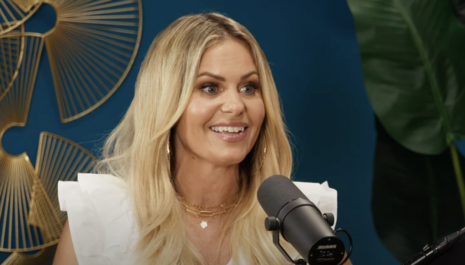 Siwa stirred drama this summer when she participated in a TikTok trend that alleged that Bure was the “rudest celebrity she’d ever met.” Bure ended up calling Siwa to apologize about an encounter the two had where Bure didn’t have time to stop for a photo with Siwa when she was 11-years-old. If Bure’s business qualifies her to be the “rudest celebrity” Siwa’s ever encountered than I’d say she’s pretty lucky. Bure and Siwa seemed to have made amends, that is until this debacle re-erupted this week.

On Monday a Wall Street Journal piece explained Bure’s choice to leave the Hallmark Channel. Bure’s a devout Christian believer and left to join “Great American Family” back in April to focus on “faith-filled” content and assure that productions will “keep traditional marriage at the core,” something “Hallmark” has failed to do in the recent years.

Jojo, an adult-sized toddler, decided to rally her fans and bash Bure for her christian faith. Siwa posted a screenshot of Bure’s comment on Instagram stating “honestly, I can’t believe after everything that went down just a few months ago, that she would not only create a movie with intention of excluding LGBTQIA+, but then also talk about it in the press. This is rude and hurtful to a whole community of people.”

Siwa then posted videos on her Instagram story stating her embarrassment for Bure by saying that she supports traditional marriage and even spoke to paparazzis about how much she hated Bure for her beliefs. 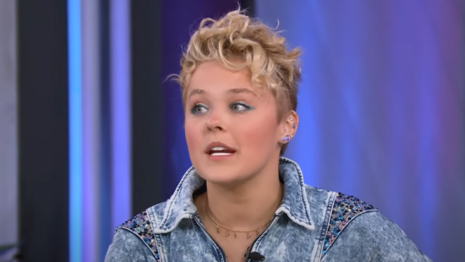 Former co-star with Siwa on Dance Moms, Maddie Ziegler said “go off Jojo!!!!!! ❤️❤️❤️,” the McLeod family who is a family with three children, one of which a transgender six-year-old commented “Absolutely abhorrent 😡🤢,” mega drag queen Patrick Star replied, “Omggggg after everything y’all went thruuuuu!!! NOOOO MAMMM!” and for icing on the cake, Bure’s former co-star, Jodi Sweetin commented “You know I love you ❤️❤️.”

Numerous media outlets have also picked up the story calling Bure’s comments “dangerous,” Vulture said Bure was “being homophobic again,” Entertainment Weekly claimed Bure was “excluding LGBTQ stories in Christmas movies,” and the Gay & Lesbian Alliance Against Defamation said Bure was “irresponsible and hurtful” and “out of sync.”

How dare a Christian stand up for her beliefs!? Are we no longer entitled to our own beliefs, convictions and opinions? Siwas is that marriage isn’t always between a man and a woman and Bure’s is that it is … what’s the big deal?

Bure was ousted by Hollywood for being a Christian and left with grace. Then, once a group she was working with decided to stray from traditional values, Bure again, gracefully made a shift to focus on projects that better aligned with her values.
What’s shocking but not surprising is how blatantly discriminatory Siwa is. Not everything has to include gay people nor support their lifestyle. Bure gracefully moved on due to her religious values and convictions but Siwa publicly harassing and trying to humiliate Bure is exactly what Siwa is attempting to fight against.

But, Bure, being the actual adult she is (unlike Siwa) rose above yet again with her own Instagram post. Her full comment thread is attached here but some highlights are the following:

I am a devoted Christian. Which means that I believe that every human being bears the image of God.

My heart yearns to build bridges and bring people one step closer to God, to love others well, and to simply be a reflection of God’s huge love for all of us.

Honestly, all this shows is how immature most of the left’s celebrities are. God forbid someone have a different opinion than them but kudos to Bure for not letting it get the best of her and for rising above with grace and compassion. That’s the only way to do it these days.