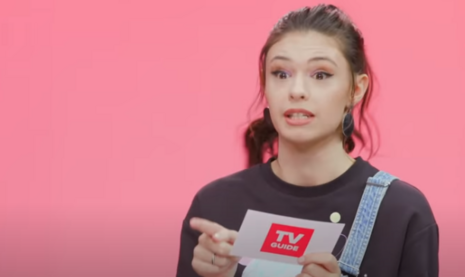 For what seems like and is the safest option for kids who think they were born in the wrong body and want to chop off their genitals, Arkansas' HB 1570 law has come into quite the controversy. Recently, a lot of the cast of CW's Supergirl has taken it upon themselves to demand transgender youth be able to get sex changes … because their job as actors just isn’t enough.

On April 6, the Associated Press broke the news that Arkansas is the “first state to ban gender confirming treatments and surgery for transgender youth.” Essentially, those under age 18 will not be allowed puberty blockers, hormone treatments, or sex reassignment surgeries since they are minors and can’t even decide what they want to do as careers, never mind which gender they should be. To no one’s surprise, Bounding into Comics reported how these Supergirl actors spat their disapproval on the legislature (FYI, none of these actors live in Arkansas or are children).

Starting off strong is transgender actress Nicole Maines who plays a transgender superhero named Dreamer on the show. Maines once told Ellen that she was between three and four years old when she realized she was not the male that she was born as. Pretty woke three year old if you ask me.

This will hurt kids. You should all be ashamed. https://t.co/awnkw0tpoa

In response to Maines’ tweet, one user asked how her life “would be different” if Maines were denied puberty blockers to which Maines replied, “I wouldn’t be alive.” Implying that Maines would have committed suicide if she weren’t given puberty blockers is a pretty extreme way for Maines to show her advocacy on open healthcare for trans kids.

Next up is another actress whose character is part of the alphabet community. Chyler Leigh, who plays a lesbian and is a real life lesbian, continued the emotional manipulation by screaming that “This is a matter of LIFE & DEATH.” Hey, at least she gets brownie points for dramatic effect.

This a matter of LIFE & DEATH for transgender youth! #TransRightsAreHumanRights https://t.co/lGhcz9YggG

Straight white male Jon Cryer, whose character in the series is not gay or trans, took the next step and blamed Republicans in general for Arkansas’ passing of the bill. The last name fits the narrative for this crying baby.

Elected Republicans think that they can win politically by denying the basic humanity of trans people.

Even Supergirl writer Eric Carrasco thought the bill was “sickening” which makes sense considering he made all the characters as woke as possible. He later replied to a user and claimed that those in support of the bill are “monsters” and he wishes them “nothing but misery.” (His tweets are private (scaredy cat) so visit the Bounding link above!)

One thing is for sure, Supergirl is probably one of the most woke shows on tv and the actors take the theatrics to their real lives, too.