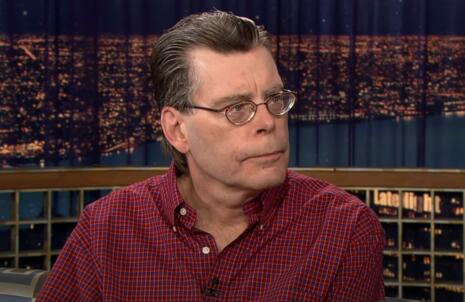 The famous author took a self-imposed hiatus from the social media platform until the election ended, but he came back on November 7 to celebrate what looked like a Joe Biden 2020 victory. His euphoria was tempered by the fact that Donald Trump was still president, and will continue to be until January next year. Apparently, the reality of the situation infuriated King, who tweeted this on November 8: “You lost, you miserable self-entitled infantile fucker. Concede and get the hell out.”

Leftists really aren’t gracious winners, are they? Calm down, Stephen. Biden hasn’t even been  declared the victor yet. According to King’s own celebratory tweet on November 7, he’s only been labeled “presidential elect” by CNN: “CNN just called it. Joe Biden is President Elect. ‘This wretched, wretched presidency is coming to an end.”

In other words, Biden hadn’t even won when the tweet was posted. A president-elect isn’t a president. The title is akin to a participation award, and everyone knows how meaningless those are. And since when does CNN decide who would be President of the United States? But perhaps King should be treated with sympathy. It’s pretty clear that he’s been waiting for this moment with clenched fists and pounding temples, like all liberals, throughout the four years of this “wretched, wretched presidency.”

How ignominious, King. Axis Sally, the nickname bestowed upon American citizen Mildred Gillars, worked for the Nazis as a propaganda announcer on the radio, and was imprisoned for treason after World War II. In contrast, Kayleigh McEnany exposes the false narratives and lies perpetuated by leftist press corps while simultaneously telling America the truth that the press chooses to ignore.

King’s post against McEnany was on November 7, while his tweet against Trump was on November 8. Maybe he hates the Press Secretary more than the President, which isn’t that surprising when one thinks of it. Leftist narrative of event or person + McEnany exposing it as a lie while revealing what actually happened + sensitive press corps who hate being criticized + leftists who are infuriated to see their beliefs thoroughly debunked = utter hatred for Kayleigh McEnany. No wonder King’s happy to see her go. After all, nobody likes to be reminded that their views are inherently erroneous.

Even though King is expecting Biden to soon preside over the Oval Office, he was upset to see that the election race was close, like many other leftists, and he took to tweeting to vent his feelings. “In a contest pitting science vs. superstition, science won. That it was even close in our so-called age of enlightenment is worrying.”

Science vs. superstition? Many people supporting “superstition” recognize that life begins at conception. People who support “science” do not or refuse to believe that truth, and they advocate killing infants in the womb. “Science” certainly needs an enlightenment. And if King thinks superstition equals religion, than he’d better think again.

Despite his malicious post on November 8, King later evinced that night an inability to take what he dishes out. “Dear Megyn Kelly: We “snowflakes” and “libtards” were demonized as well. Sometimes by men and women toting high iron. It’s time for both sides to cut the shit.”

Noble words for someone who had just called the president a “miserable self-entitled infantile fucker” on the same day. Contrary to what he implies, the lion’s share of insults have been flung from the leftist side. King not only needs to wake up, he needs to toughen up.

King is full of hate, and he’s furious that Trump hasn’t conceded to Biden. He wants a new president so badly that he’ll start ranting on Twitter. Who’s really miserable, self-entitled, and infantile here?