Michael Keaton Wants You To Listen To His Biden Ad Because ‘I’m Friggin’ Batman.’ 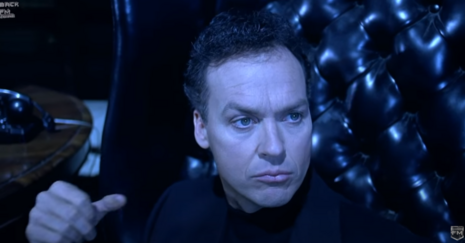 Yet another Hollywood star has announced his allegiance to the Democratic Party. Boundingintocomics.com reported that Michael Keaton, who acted as the titular role in the 1989 film Batman and the 1992 film Batman Returns, had appeared in an ad supporting Joe Biden. Why should we bother listening to another endorsement of every celebrity’s favorite Delawarean? Because according to Keaton, “I’m friggin’ Batman.”

The actor, a native of Pennsylvania, referenced his old movie role in a voting ad that was targeted at his fellow Pennsylvanians. He first admitted that viewers were probably uninterested in his opinion. “And you can act like you don’t want to listen to me, and I wouldn’t blame you. But let’s be honest, I’m friggin’ Batman.”

Keaton is right not to blame people for their reluctance to watch political ads. Everybody is tired of listening to celebrities as they ruin good, clean entertainment with their political endorsements.

Then the obligatory anti-Trump critique came. “When this pandemic occurred and the current occupant of the White House had the information that could have saved lives and helped not just Pennsylvanians, but people all across this country. It didn’t happen. Because it’s not in here. Doesn’t have it.” Keaton was lightly tapping his heart when saying “it’s not in here.”

“And small businessmen and women have suffered as a result and people have lost their lives. I couldn’t sleep at night if I walked into that booth and didn’t vote for Joe Biden from Scranton.” Now Keaton is trying to guilt his viewers into voting for a tax-raising, baby-killing Delawarean who thought that President Trump’s first name was “George.” Who wants to listen to a guilt tripper? In addition, Biden’s tax plans obviously won’t help the suffering small business men and women.

Then Keaton issued complimentary remarks about Biden. “Authentic Joe, not branded Joe, one of us. The kind of guy like my father and people of his generation. Guys like John McCain. Would look you in the eye and tell you the truth.” First, it would probably be best not to compare Biden to any family member until Tara Reade’s accusations of sexual assault are cleared up (which seems unlikely, given the lack of coverage the story is receiving). And can Biden actually look people in the eye and tell them the truth? He won’t even say if he’s planning to pack the court.

The ad ended with Keaton declaring, “I’m voting for Joe Biden. I’m going to ask you to vote for Joe Biden.” One has to wonder why a hero like “friggin Batman,” would back a candidate with that record.