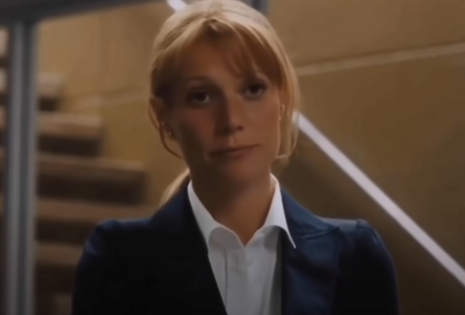 According to an article on boundingintocomics.com, Gwyneth Paltrow praised Black Lives Matter because the group is “destroying the ‘paradigm of patriarchy of white men.’” In an interview with Adobe Max, Paltrow claimed, “I think we’re laying the groundwork for the change, I think the #MeToo movement was a big part of that change, I think Black Lives Matter is part of that change, I think what we are saying collectively as a culture and as a society is, ‘We are done with that paradigm of patriarchy of White men.'” She also said, “And I think patriarchy itself — it sort of feels like it’s cracking and is starting to embrace a much wider variety of voices and races and genders.”

Aside from the fact that patriarchy can’t embrace other genders because it is literally governance by males, how does America have a paradigm of patriarchy of white men? We had our first black president. A woman came within an inch of the presidency. We’ve had African-American and Hispanic Supreme Court Justices. Asian-Americans have sat in congress before the 21st century even began. Similarly, women have held offices in congress since the 20th century. That’s everybody covered, right?

Paltrow, who was a victim of Harvey Weinstein’s sexual criminal behavior, supports BLM because she believes that it will help the next generation of women. “And it’s good that it’s happening systemically, because I’ll tell you, by the time my daughter is in the workforce, like, those girls are not going to stand for it.” It is good to fight sexism in the workplace, but isn’t there a better weapon to use than a lawless, America-hating organization like Black Lives Matter?

Paltrow had already expressed support for BLM in June in a lengthy Instagram post, saying “BLACK LIVES MATTER. The movement for black lives is about preserving BLACK LIFE. There are real systemic barriers to the safety and preservation of black life. It’s about dismantling a system that is unfit to serve black and brown birthing people.” (“Birthing people?”)

That’s great news . . . for MS 13. BLM's stated goal of dismantling the police means drastically reducing the safety and preservation of all lives, no matter the race. It’s not that hard to figure out.

The statement starts with “Black lives matter. It’s worth repeating—until the day it never needs to be pointed out again. The most recent examples of police brutality are heart-sickening, devastating, and impossible to ignore if you’re a human being. But it’s not new; it’s everyday life for people of color.” For all their emphasis on black lives mattering, they don’t bother to talk about Planned Parenthood that much. The organization is a big exterminator of black lives, probably more so than the police.

The statement also said that ““We’re all here trying to do the same things—support our families, thrive at work, fall in love, take care of ourselves, learn, feel, live, and die—but so many of us in this country live a totally different reality, without those basic freedoms.” You want to complain? Try the African-Americans before 1865. They didn’t have any basic freedoms. Good thing the film Antebellum is just a fantasy.

“If you’re white, that means being aware of the privilege that you’re born into and walk around with, and then using it to break down the barriers between us. And all of us—today, this week, every single day—can be part of the change. There are so many ways to meaningfully show up: standing up for what you believe in at a protest, donating, and educating yourself on how to better support Black friends, neighbors, and businesses.” Are they saying that they want white people to do the cringey acts of self abasement like Ryan Reynolds and Matthew Stafford did? Ew, no thanks.