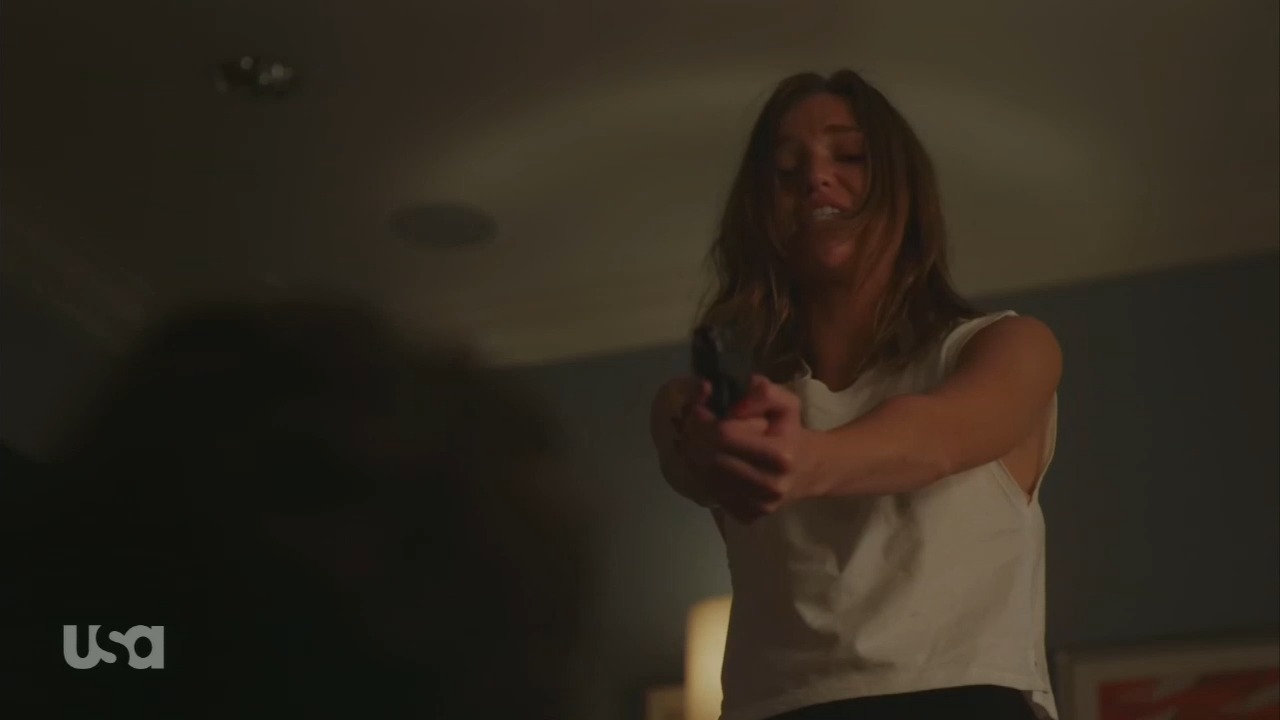 Hollywood loves to lecture us on gun control but their shows are littered with violence, even normalizing school shootings and murder. This fall tv season has been no different with many shows showcasing gun violence while at the same time preaching gun control. Here are a few examples:

I’ve been watching The Purge (Tuesdays at 10pm on USA), a horror series whose main theme is said to be "that America has a very perverted relationship to firearms."

The Purge focuses on a dystopian society where the government created an annual holiday when all crimes are legal for a very bloody, violent 12 hours a year. They say that it is to decrease overall crime but in reality the government is using this to kill groups of people they deem ‘unfit’ through a cult of willing purge victims.

Jason Blum, executive producer of TV series, said in an interview with Hollywood Reporter that the show is "a cautionary tale about if we keep going with the idea of arming ourselves more every time there's a shooting, when does that stop?" He says it is "the worst outcome of where the NRA could take us.” Because God forbid you are able to protect your family when the unthinkable happens.

On October 28th the show even featured a 3D printed gun - liberals' latest boogeyman - which was snuck into a no-gun zone with metal detectors. Fortunately, the man is tackled by one of our protagonists before he can shoot anyone. If only criminals would abide by bans and gun-free zones, they might be good ideas.

Star, a show on Fox in which "characters are pointing guns at each other at an alarming rate" pushed for gun control in their October 17 episode, as reported by Rebecca Downs. The show featured a gun control fundraiser and had its fair share of liberal talking points on gun control including, "You are twice as likely to get shot to death in Georgia than in New York. With a rate of 4.9 deaths per 100,000 residents, we must act know." But the characters have no problem pointing guns at each other throughout the series. The characters and show writers are huge hypocrites for damning guns while using them throughout the series, including flashbacks to a character being gunned down in a previous season.

School shootings are another frequent subject on television. Law & Order: SVU, which often features graphic and gruesome crimes, recently blamed toxic masculinity for a school shooting in the premiere of their 20th season, as reported by Lindsay Kornick. In the episode, a boy “takes his father’s hunting rifles and shoots up his high school.” But instead of blaming mental health or past abuse, the psychologist who completed a psych evaluation said, “I mean, this is not rocket science. He grew up in a household with a very traditional view of masculinity--taken to the extreme. Like a toxicity.”

Funny how they either blame the guns or masculinity for shootings but never mental illness or - better yet - the bombardment of violent images and death in our entertainment.