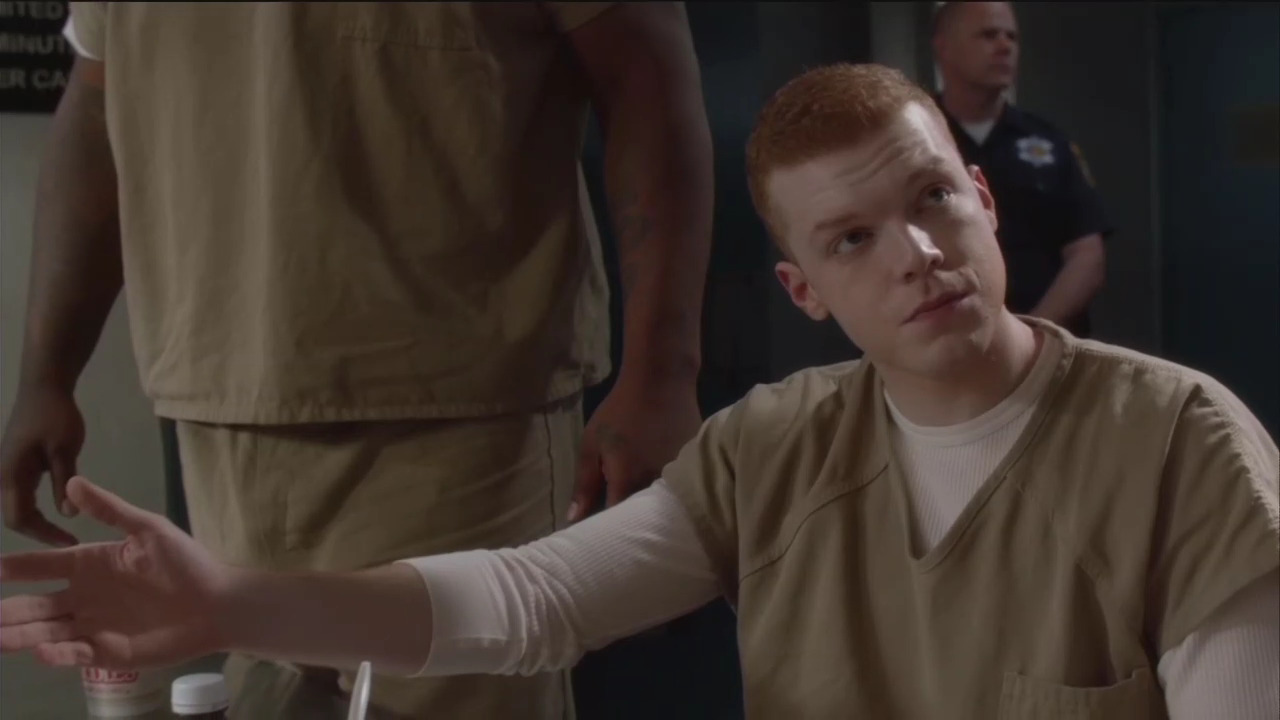 Shameless, the hit Showtime series, has had its fair share of Christian bashing throughout the years. Perhaps most notably last season when Ian Gallagher (Cameron Monaghan), went up against a pastor, cherry-picking Bible verses to fit his agenda, and started his own ‘Church of Gay Jesus’ religious movement. In the season 9 premiere, Ian is back, this time fighting for gay rights while quoting Jesus from jail.

At the end of last season, Ian got arrested for blowing up a car while pretending to be able to perform miracles like Jesus. This season starts with him continuing his Gay Jesus act to fight for gay rights in jail in Sunday's episode titled "Are You There Shim? It's Me, Ian."

Ian continues to use biblical terms while calling out the “gangbangers who terrorize the gay and trans inmates,” demanding better conditions for the inmates who willingly have sex with them. Ian calls the inmates he’s defending “children of our Lord" and when the gangbangers come to the negotiating table, Ian calls for everyone to “break bread and drink wine together.”

Meanwhile his sister, Fiona (Emmy Rossum) desperately tries to come up with his bail money.

Fiona: W-what are you talking about? I'm busting my ass to get you out of this shit hole.

Ian: My work here is not done. I-I'm saving the submissives from their sexual oppressors.

Ian: Look, I organized a strike against the gangbangers who terrorize the gay and trans inmates. They take out their feelings of... inadequacy and repressed homosexuality on us queers, and they practice really bad sexual hygiene.

Fiona: A-are they giving you your meds in there?

Later, Ian is excited that his strike was a success, "We were able to negotiate peaceable and non-abusive engagements." Fiona comes up with the bail money, but will Ian show up for his trial? He has “no idea where Shim’s going to take me,” Ian answers. Fiona is naturally confused about what Shim means:

Fiona: Listen, if I bail you out, are you gonna show up for your trial?

Ian: I-I have no idea where Shim's gonna take me, Fiona.

Fiona: What the hell is a shim?

The guy who fancies himself as a gay Jesus gives God gender neutral pronouns. Of course. How will they shamelessly pervert Christianity next week?