At long last, somebody’s come up with a plan to save the Democrats from November electoral annihilation: the House Democrat’s “Transgender Bill of Rights.” The hell with inflation, gas prices and education. This is the ultimate supper table issue – if your supper table is in Cambridge or Berkeley or Manhattan. 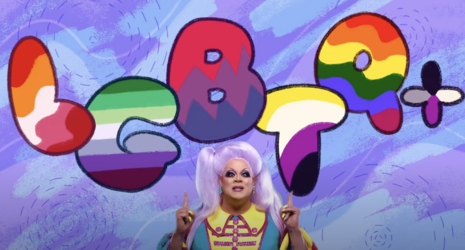 According to The Hill, this Transgender Bill of Rights, “would codify the Supreme Court’s 2020 Bostock v. Clayton County decision that protects employees against discrimination for being gay or transgender.”

What’s more, it would “amend the Civil Rights Act of 1964 to explicitly include protections for gender identity and sex characteristics, expand access to gender-affirming care and ban conversion therapy.”

The best part? It’s a rainbow-hewed lefty slush fund and a jobs program for social justice drones and diversity hacks.“It would also require the attorney general to designate a liaison dedicated to overseeing enforcement of civil rights for transgender people and invest in community services to prevent anti-transgender violence,” notes The Hill.

The genius behind this finger to struggling American voters? None other than Squad supergenius Rep. Pramila Jayapal (D-Wash.), “the chair of the Congressional Progressive Caucus and co-chair of the Transgender Equality Task Force.”

But hey, if Jayapal says the country;s in the mood for stuff like this, who am I to argue?