If it's any consolation Tucson, those drag queens putting on a show in your public high school might otherwise be hanging around libraries offering to read to preschoolers. 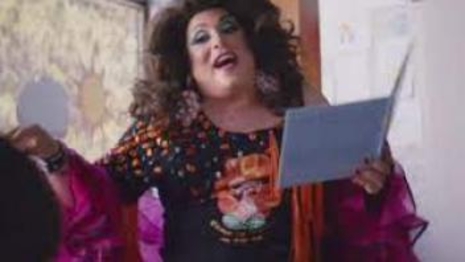 According to AZ Free News, Tucson High Magnet School (THMS) will be hosting “its first-ever drag show in early May.” First-ever? (OMG! Welcome to the 21st Century, Tucson.)

Don’t worry, though: school district “spokeswoman Karla Escamilla told AZ Free News that the drag show was a club activity coordinated by TUSD students, not staff ... Participation in the show is voluntary in all capacities (performances, lighting, audio & visual, and outdoor stage set-up).”

And those students are being guided by a couple of serious education professionals. Zobella Vinik and Sunday Hamilton are “both THMS counselors that also lead the LGBTQ+ student club, 'Q Space,' in which students learn about LGBTQ+ history and are encouraged to explore their identities.” More:

Hamilton, is a transgender man whose legal name is “April Hamilton” … In a podcast during her final year of working as a University of Arizona (UArizona) graduate student within the LGBTQ+ Resource Center, Hamilton asserted that the “binary system” of gender was “violent and harmful.” Hamilton said at the time that she really identified as a “nonbinary gay boy.”

And really, who hasn’t?

For her part Vinik, who’s been a preschool teacher and K-12 substitute teacher, majored in “Peace and Justice Studies with a minor in Latinx Studies” at Tufts University. She “is working to unlearn practices maintained by white supremacy, capitalism, and patriarchy and recommits daily to prioritize mental health, community care, and visions for freedom offered by Queer BIPOC organizers,” stated Vinik’s profile.

So the kids are in great hands. And THMS and the district are being true to their what Escamilla called their “strong policy of nondiscrimination regarding gender expression.” She said that “restricting the free expression of these high school student club members would be inconsistent with that policy.”

And again, it keeps the weirdos out of the library.