Oh dear, this is inconvenient.

When social conservatives objecting to transgender bathroom “rights” raise the specter of opportunistic perverts hanging around the girls’ locker room, sophisticated progressives uniformly scoff. But once in a while, the boogie man/woman/non-binary turns out to be real. 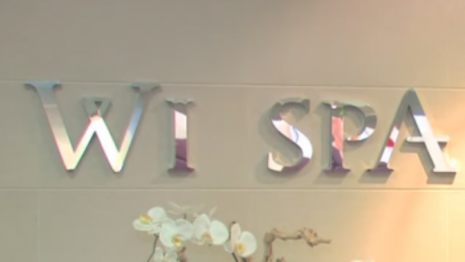 In the New York Post, the intrepid Andy Ngo reports that “on Monday, charges of indecent exposure were discreetly filed against a serial sex offender for the Wi Spa incident, following an investigation by the Los Angeles Police Department.”

The Wi Spa incident occurred in June when several women complained to the management of the LA spa that a naked and apparently semi-aroused man was in the women-only area. A video of her complaint and the staff’s shrugging reaction went viral. The dude with the dangly bits identified as a woman, and, you know, the law’s the law, etc.

The trans industrial complex climbed into the highest dudgeon it could find, with Slate calling the incident a “transphobic hoax.” “The video was followed by weeks of sometimes violent face-offs between right-wing and Evangelical Christian protesters at the Wi Spa,” Ngo writes, “and Antifa and far-left counter-protesters. On July 3, after police formed a line to separate the two groups, 40 people were arrested.”

But now, LA County issued an arrest warrant for 52-year-old Darren Merager, “based on five felony counts of indecent exposure in connection with the Wi Spa incident.”

It turns out that “Merager is a tier-one registered sex offender with two prior convictions of indecent exposure stemming from incidents in 2002 and 2003 in California … In 2008, she was convicted for failing to register as a sex offender.”

“She also has a long criminal history in California that includes nearly a dozen felony convictions for crimes ranging from sex offenses to burglary and escape,” Ngo says.  Merager “is also facing six felony counts of indecent exposure over a separate locker room incident in December 2018. Los Angeles County prosecutors accuse Merager of indecent exposure to women and children in a changing area at a swimming pool in West Hollywood Park.”

“Merager claims to identify as female so he can access women’s locker rooms and showers,” reads an internal flyer by the Los Angeles County Sheriff’s Department that was sent to law enforcement departments in southern California in late 2018.

But please, let’s talk about “transphobia.”