Bloomberg Bizweek: Looted Target Got What It Deserved

Crime does pay. Just ask Target. The Minneapolis-based retailer has shelled out millions since the 2020 BLM riots following the death of George Floyd -- on top of the money spent rebuilding its looted stores. 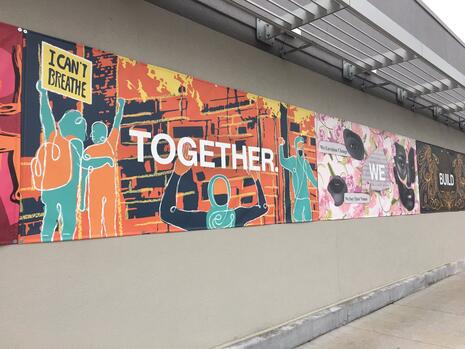 Companies and organizations across America have done the same, pledging gobs of cash and trying to outdo each other in craven statements. And once an institution opens its appeasement purse to hand out money and mea culpas, it’s never really going to close again.

In Target’s case, Bloomberg Business Week’s Peter Waldman and Lauren Etter are trying to see that it doesn’t. Their long August 25 article claims “Target Got Cozy With the Cops, Turning Black Neighbors Into Suspects” in the years before the BLM riots. So it deserved to have one Minneapolis store destroyed and another nine looted and damaged.

Waldman and Etter note that after the riots, Target shoveled money at a variety of social justice groups. When it rebuilt the East Lake Street store the looters destroyed, it consulted with “local residents to ‘create environments where Black guests feel overtly welcome,’ in the words of Target’s newly impaneled Racial Equity Action and Change committee.”

Whatever that means. Best of all, there’s “a large piece of artwork on the store’s exterior depicting masked protesters exulting with raised arms in front of a flame-engulfed building that resembles the 3rd Precinct station.” The Precinct is across the street from the store.

So Target commissioned artwork at the new store to valorize the people who destroyed the old one. Makes sense. Why don’t the Brits have a monument to the Luftwaffe in Parliament Square?

Not enough. See, Target was a good corporate citizen before that meant coddling arsonists. It tried to help keep the neighborhoods around its stores safe. Waldman and Etter lay out the sinister details:

For decades, Target fostered partnerships with law enforcement unlike those of any other U.S. corporation. It became one of the most influential corporate donors to law enforcement agencies and police foundations, supplying money for cutting-edge technology and equipment. When it developed a network of forensics labs, it made them available to police across the U.S. Starting in the early 2000s, Target developed a program, called Safe City, that poured money into police and sheriff’s departments to install neighborhood surveillance systems and fund equipment. In Minneapolis, Target worked with the City Attorney’s Office to have petty criminals banished from the downtown business district through what are called geographic restriction orders. Eight out of 10 people expelled were Black or American Indian, according to an analysis of city data.

Was the 80% an actual representation of who the criminals were? Shut up, bigot. In truth, the surveillance system as described by the authors sounds creepy and invasive, but does that justify violence and thievery? Were the looters contemplating Target’s culpability as they were grabbing electronics and video games? Probably not, but Waldman and Etter approvingly quote a race and gender studies professor who said Target was “an appropriate outlet for rage.”

So now, Target doesn’t even get to choose how it handles security in its own store:

Alicia Smith, executive director of the Corcoran Neighborhood Organization in South Minneapolis, has advised Target since last summer on community relations. She says Target shouldn’t use off-duty cops to prevent shoplifting and other crimes at the East Lake Street store and instead should bring in community groups to address people’s needs without criminalizing them.

What would that look like? Put big screen TVs near the front? “Excuse me, sir, may I ask you to steal the generic brand instead? It’s just as good, and it will save Target some money.”

Churchill said “An appeaser is one who feeds a crocodile—hoping it will eat him last.” Waldman, Etter and the social justice shakedown predators have Target firmly in their jaws.