“Boy, look at all those Jacobin BLM kids out there hating on cops, tearing down statues, getting people fired, canceling everything they can think of -- sure looks like fun. How can I, a simple Chicago Tribune editorial board member, get in on some of that? I know! I’ll connect a baseball team to a law enforcement organization that may have been racist in the past! You’re a genius, Steve Chapman, a genius. Virtuous too.” 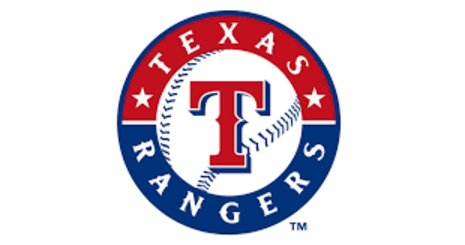 That’s what it must have sounded like in Steve Chapman’s little mind when he was coming up with today’s Cultural Revolution Special. Chapman approves of all the history erasing going on. And he wants to throw another institution on the bonfire -- The Texas Rangers. (The state police of Texas.) And make its namesake MLB franchise change its name:

The Rangers have always been widely revered in my native state. We learned they were fearless guardians of civilization whose exploits went back to when settlers were fighting Comanche warriors.

They were immortalized in Larry McMurtry’s novel, “Lonesome Dove.” There was a TV series that starred Chuck Norris. The Major League Baseball team in Arlington is called the Texas Rangers.

So of course they must be purged. Who says? Chapman, and another journalist named Doug J. Swanson. Chapman is a big fan of Swanson’s book, Cult of Glory: The Bold and Brutal History of the Texas Rangers. It apparently “lays bare their long record of savagery, lawlessness and racism.” And journalists are never wrong.

“They burned peasant villages and slaughtered innocents,” [Swanson] wrote. “They committed war crimes. Their murders of Mexicans and Mexican Americans made them as feared on the border as the Ku Klux Klan in the South.”

A lot of people have historically done bad things -- even things that look bad after you add context, which Chapman doesn’t. But trust him. He’s a journalist. “The terms ‘death squads’ and ‘ethnic cleansing’ would not enter common usage for another 60 years or so,” Swanson noted, “but that was what the Rangers were and what they did.”

Sure. We’ll take their word for it. And for all I know, every word of Swanson’s book may be true. But journalists gave us the risible 1619 project. And the pollution of American education by the lies in Howard Zinn’s People’s History of the United States was part of what animated our fine young Taliban.

But here’s the thing: for an institution to become revered, it must have earned it in some way. Societies don’t just reward and honor murder. People of the time saw enough good in the Rangers to honor and memorialize them. Keeping peace and order on the frontier was surely dirty work, and Texans were grateful there was someone willing to do it. Were Texans of a century ago as enlightened as Chapman and Swanson? Blessed with hindsight and decades of social evolution? No. On the other hand, we can be certain that they possessed virtues utterly foreign to the modern Tribune Building.

In 1956, the Rangers apparently did nothing to stop a white mob from forcing black students away from newly integrated Texarkana Junior College. That’s an ugly mark against the Rangers. Police failing to stop violent rioters is a sad betrayal of trust, whether in Texas 1956 or Minnesota 2020. But does it justify memory-holing the Rangers?

In light of all this, the name, like the Confederate names on Army bases, deserves to be relegated to the garbage dump of history. It’s an undeserved tribute that reflects a widespread ignorance, at best, of the Rangers’ malignant past.