Jason Whitlock is a misfit. The sports write/commentator doesn’t fit in at mainstream sports outlets. That’s why he says he left “a rising, successful television show at FOX Sports 1 to become a partner at Outkick.” 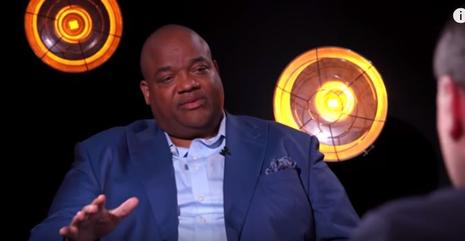 That’s sports media site Outkick the Coverage. But what makes Whitlock such an odd duck in sports commentary?

“I’m a Christian American,” he writes in his inaugural column for Outkick. “God and country.” Imagine that. And that’s why he left FS1.

“It’s hard to be me at a modern mainstream media company. The things that define me are under attack,” he writes. “Social media has prioritized race, gender, sexuality and political ideology well ahead of God and country.”

The problem, to Whitlock, is social media, which “defines my values as outdated, no longer healthy or useful.” And social media has the industry running scared. “Major corporations, the lifeblood of the mainstream media, operate in fear of algorithms that act as social-media lynch mobs.”

Whitlock says he made the move to Outkick because he can’t pretend to believe “Saints quarterback Drew Brees said something outrageous and indefensible when he stated he would never agree with anyone who disrespected the flag.” Or that “the police are executing a mass murder plot on unarmed black men even though there were only nine such incidents in 2019.”

He stresses that “No one at FOX Sports, ESPN, the Kansas City Star or anywhere else I’ve worked has ever asked me to say or write something I didn’t believe.” But his takes are “problematic for organizations justifiably controlled by fear of social-media whims.”

Whitlock and partners Clay Travis and Sam Savage want to turn “Outkick.com into a powerful media platform, a national distiller of truth, humor and fun.” He wants Outkick to be “the most fearless media force in America.”

Spreading truth, Whitlock believes, can “stop us from continuing to spiral toward dissolution of the greatest human experiment in the history of mankind. The United States of America.”

What can you say except God speed?