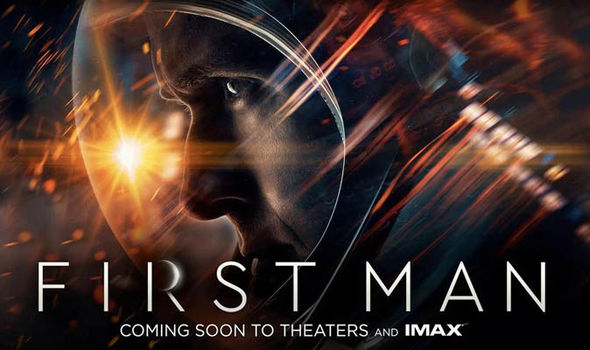 Sheila Jackson Lee was right! The astronauts must have planted an American flag on Mars because, according to Hollywood, they didn’t put one on the moon.

When asked about the omission, according to the Telegraph, Gosling got all one-worldy, saying the moon landing “transcended countries and borders.”

I think this was widely regarded in the end as a human achievement [and] that's how we chose to view it. I also think Neil was extremely humble, as were many of these astronauts, and time and time again he deferred the focus from himself to the 400,000 people who made the mission possible.

The 400,000 Americans, he means. Ghana didn’t spend millions of dollars and man-hours to conquer spaceflight. It wasn’t the president of Finland or Italy that declared in 1961 that were going to the moon.

So I don't think that Neil viewed himself as an American hero. From my interviews with his family and people that knew him, it was quite the opposite. And we wanted the film to reflect Neil.

Only a genius lefty actor could equate humility with lack of patriotism. Armstrong was a Navy fighter pilot who’d seen combat in Korea, not some UN bureaucrat or humanities professor. Gosling and the other filmmakers might be embarrassed by icky displays of patriotism, but do you really believe Armstrong was?

Of course, Gosling is Canadian, as is the director, so they might be expected to downplay the Americanness of America’s finest achievement. And, of course, we’re all supposed to feel ashamed to be American, right now.

Plus, movies these days are made with an eye towards international sales. It probably wouldn’t do to remind Russian audiences they lost the space race, or the Chinese government that we’d abandoned going to the moon decades before they’d even got in the race.

Whether he thought so or not, Armstrong was an American hero. He deserves better than to have the nation he served so well erased from a movie about him.