Call it Harry Potter & the Goblet of Grievance.

J.K. Rowling has run afoul of the Indian indignation industry. According to Huffington Post, the Harry Potter author is in heap-big trouble for not being sufficiently sensitive to the diversity within the “Native American wizarding community.”

Yup, it seems the woman who made up (and got very, very rich from) an alternative universe of magic and wizards and disappearing train platforms wasn’t a stickler for the facts in her just released “essay,” History of Magic in North America. 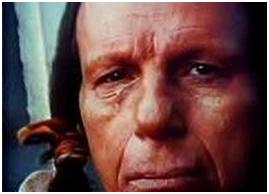 HuffPost said that Native Americans “found her characterizations of indigenous people to not only be inaccurate, but deeply hurtful. One of the biggest points of contention is how the author reduces Native American culture to a monolithic entity, erasing the tremendous diversity within the community.”

Or so say the “cultural appropriations” watchdogs, who seem to hold that things written about Indians by anyone other than Indians “contribute further to their marginalization.” Logic.

“‘There is no such thing as one ‘Native American’ anything. Even in a fictional wizarding world,’ Dr. Adrienne Keene, a Native Appropriations blogger, wrote in a post Tuesday.”

Silly J.K. You should have stayed at Hogwarts. You didn’t realize that the muggle world is one giant safe space for the perpetually aggrieved.

Back to Keene: “We’re not magical creatures, we’re contemporary peoples who are still here, and still practice our spiritual traditions, traditions that are not akin to a completely imaginary wizarding world (as badass as that wizarding world is)," she said, in a fine imitation of mandrake root (c’mon Potter fans, you know what I’m talking about).

You know, come to think of it, there was really nothing in reality akin to Diagon Alley. Or Platform Nine and Three Quarters. Get the Dickensian London cultural appropriations warriors on it, STAT!

Some crime. You’d think she played for the Red Skins or something.