The network, known for producing popular cartoons such as SpongeBob SquarePants, Rugrats, and Avatar: The Last Airbender, announced that the show The Loud House will feature a gay biracial married couple on Wednesday night’s episode. 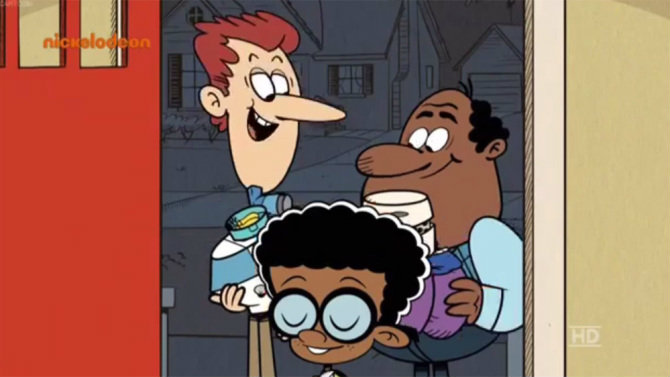 The Loud House became the number-one animated kids’ show on TV within its first month on the air, and has held that position ever since. The show is targeted to 6-11 year olds and is billed as being all about family values. Lincoln Loud is the only son in a family of 10 girls, which provides plenty of fodder for comedy and life lessons.

And as it’s the network’s highest rated show ever, even surpassing SpongeBob, it’s also the perfect platform for pushing a political agenda. This will be the first time Nickelodeon will include a gay couple in one of its animated shows. Although media outlets like The Huffington Post are praising Nickelodeon for paving the way for the LGBT community, the show’s writers know this isn’t a daring move in this day and age. The episode is not-so-subtly titled “Overnight Success.”

Variety excitedly wrote that the episode “makes no hoopla over the appearance of the married gay couple” and it’s “definitely not treated like a big deal.” Well, isn’t that the point? To make kids believe that it’s perfectly normal for their friends to have two dads? The Misters McBride, voiced by comedians Wayne Brady and Michael McDonald, are painted as being just like any set of heterosexual parents – overprotective, goofy, and loving. They’re even health conscious, telling their son to avoid nuts, gluten, and sugar. See, kids? These guys are just like your parents.

This isn’t the first time Nickelodeon has pushed an agenda on its young, impressionable audience. Since 2009, Nick has been running “The Big Green Help” multimedia campaign, which is aimed at encouraging kids to join the cult of lefty environmentalism.

Although there are other animated shows trying to indoctrinate children, none has the viewership size of The Loud House, or the major platform that is Nickelodeon.