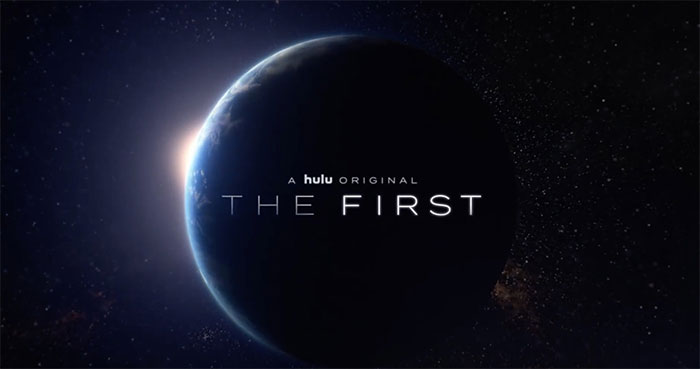 Hulu’s latest original series The First, which debuted on September 14, is an interesting, non-partisan science-fiction series set in the 2030s surrounding the trials of NASA astronauts on the first mission to Mars …most of the time. Starring raving lefty lunatic Sean Penn, you might be surprised to learn the series manages to keep politics out of the main plot. Sadly, it fails to leave its liberal agenda completely behind.

While the show fortunately doesn’t beat you over the head with a liberal bias, it still manages to sneak in clearly left-leaning ideas over the course of eight episodes as the below examples prove.

The series opens on an unfortunate tragedy as the first manned ship to Mars explodes upon liftoff, killing all five astronauts. Over the course of two years, members of NASA attempt to convince Congress, the public, and themselves that they are prepared for a new mission. This includes, among other things, hearings in front of a congressional committee.

Tech CEO Laz Ingram (Natascha McElhone) argues on behalf of the mission, and her reasons include, naturally, global warming. She says, "What we're confronting is widespread drought, rising sea levels, record extinction rates, there are currently over 900 million eco-refugees worldwide, in the States, cities like Miami are disappearing."

Later a Senator calls her out on her “doomsday routine” to pull the heartstrings. Still, the fact that this is her go-to argument to Congress is absurd. They didn't seem to push the global warming angle any further than this scene, but at least it's appearing in the science fiction category where it belongs.

One of the astronauts chosen includes Sadie Hewitt (Hannah Ware) who seems prepared for the mission but ill-prepared in her marriage. Her husband Ollie (Patrick Kennedy) wants kids, but she is less certain. In fact, she’s so certain about her uncertainty that she takes a morning-after pill literally every morning after a night with her husband. I didn’t realize that our sci-fi melodrama had to be interrupted by a commercial for Plan B. It doesn't take a rocket scientist to know this is a bad idea, even the makers of Plan B advise against using it as a regular form of birth control. Furthermore, it can be an abortion-inducing drug.

Eventually, Ollie reveals he knew of Sadie's deception which leads to an argument on her inability to give an answer on kids or their future. It’s unfortunate that even in the supposed future an intelligent, talented woman like Sadie is so cavalier about the hormones she's putting into her body.

Another astronaut on the mission is named Kayla Price (LisaGay Hamilton). Originally the head of the team, she was later demoted in favor of former astronaut Tom Hagerty (Sean Penn). The show makes it clear that Tom is hired purely for his years of experience, connection to the previous team, and influence among the congressional committees. However, that doesn’t stop the show from bringing up the obvious liberal perspective. He’s a straight, white man, she's a queer, black woman, so the situation on some level must be racist, sexist, and homophobic because that's the way she FEELS.

If she’s perfectly aware that there were more factors to her demotion, then why bring this up at all? What does her being a queer, black woman have to do with anything? At this point, the series is adding left-leaning issues just to be “progressive.” Speaking of which, that leads us to this next one.

The show really wants you to remember that Kayla is a queer woman. She has a wife she who discusses her feelings of frustration, and the two sleep together near the end of the third episode. Like the previous issue, there really is no need for these agendas as they also deal with the logistics of space travel and the lethal risk of another Mars mission. I almost have to wonder, was that not enough for the series? Less than 5 percent of the population is LGBT but in the near future, they represent 20 percent of the space team that will save humanity!

It just goes to show you, even in futuristic sci-fi you can't escape Hollywood's liberal agenda.