The new Pennsylvania grand jury report detailing reports of Catholic Church sex abuse is horrific. And the twisted coverage by some in the media isn’t making it better.

On Thursday, Salon published a piece by politics writer Amanda Marcotte with the headline, “Behind the latest Catholic sex abuse scandal: The church’s problem is male dominance.” According to Marcotte, hiding abusers is consistent with the Catholic push for abortion restrictions. But, as even the grand jury report suggests, abortion aids abusers. 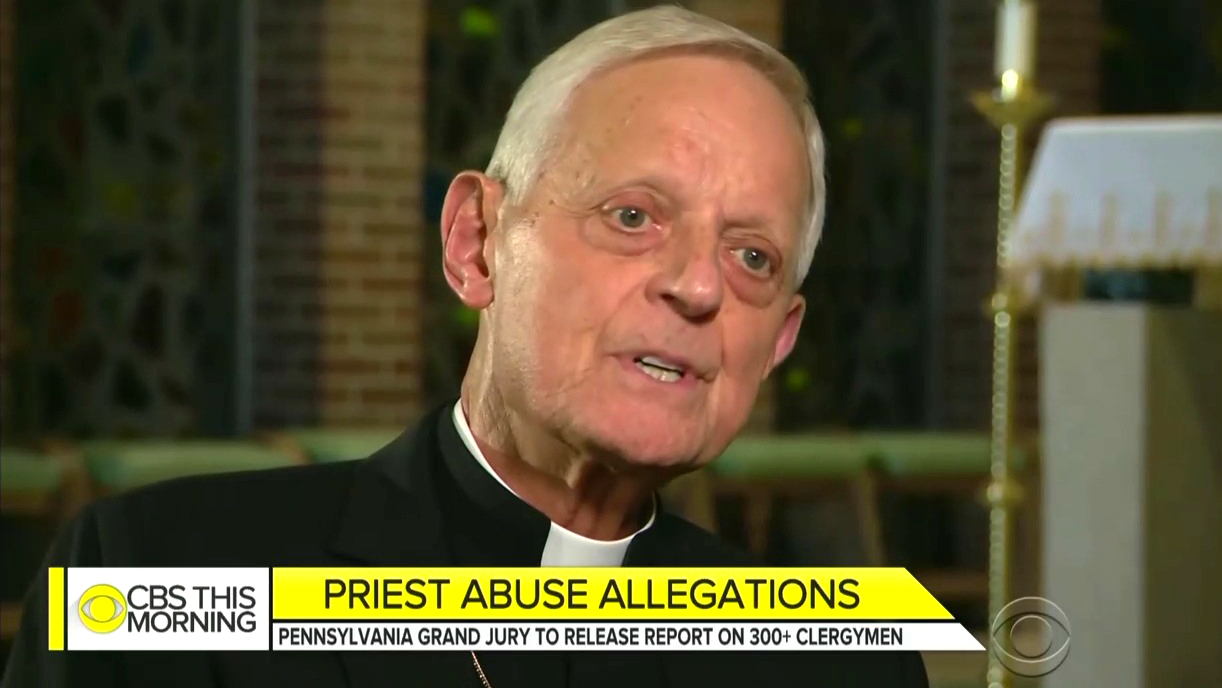 She’s correct – the 1,365-page report contains appalling accusations. But that’s about all she got right.

Marcotte switched gears to argue that “these revelations are especially important right now, when Donald Trump is trying to remake the Supreme Court to overturn Roe v. Wade,” the 1973 Supreme Court case that legalized abortion in the U.S. That’s because the Catholic Church in Pennsylvania pushed for abortion restrictions while, at the same time, “cover[ed] up for systematic child rape.”

According to her, those actions spelled out “hypocrisy” and more.

“[T]here's no real conflict in the Catholic Church covering up sexual abuse while trying to prevent women from accessing legal and safe abortion services,” she argued. That’s because both situations were about “using sexuality as a tool to enforce patriarchal hierarchies” and “conservative men conspiring to organize the world so they hold power and everyone else is subject to their whims.”

On, but there is a huge, glaring conflict. If Marcotte had read the report, she would have seen that abortion can actually help abusers erase living, physical evidence of their abuse. One of the most heartbreaking cases read:

“In another case, a priest raped a girl, got her pregnant, and arranged an abortion. The bishop expressed his feelings in a letter: ‘This is a very difficult time in your life, and I realize how upset you are. I too share your grief.’ But the letter was not for the girl. It was addressed to the rapist.”

But Marcotte took no note of that. Instead, she continued, “This truth has become more evident in the past couple of years as the Christian right has thrown its full support behind Donald Trump.” 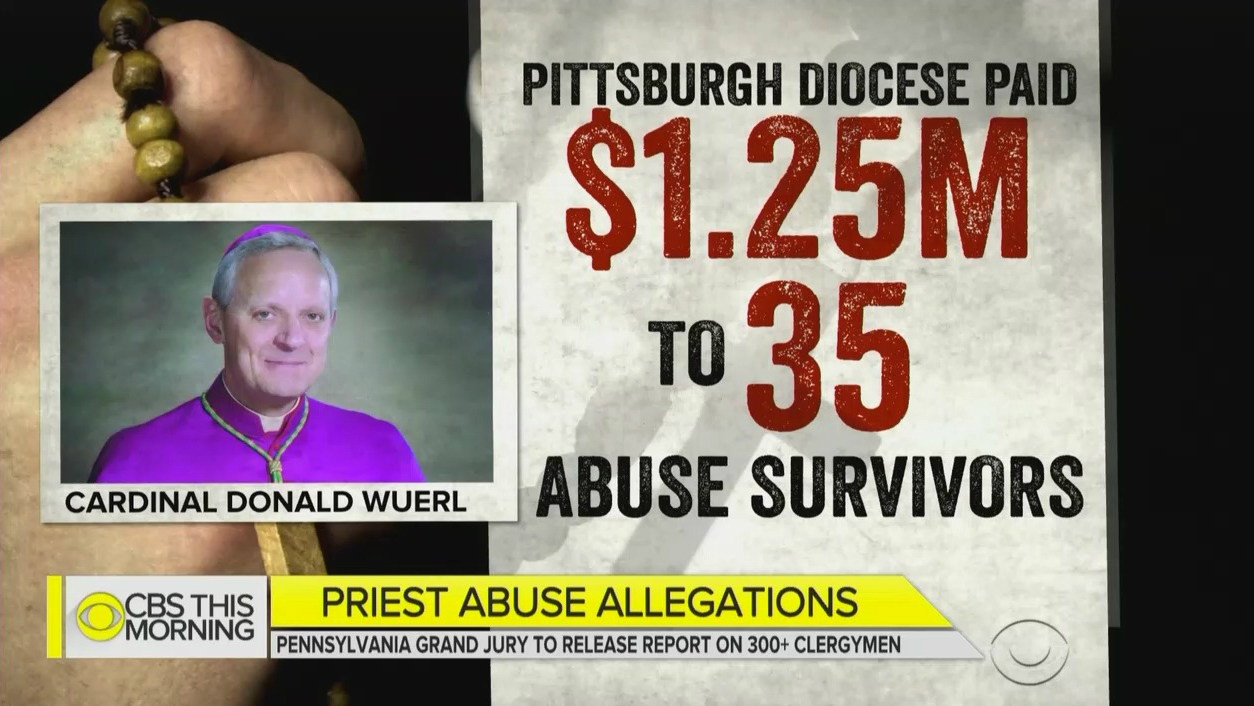 And with that, Marcotte demonstrated she doesn’t know how to distinguish between evangelicals and Catholics. Or, at the very least, she missed out on the data suggesting that Clinton actually won or split the Catholic vote with Trump in the 2016 presidential election.

Instead, she continued insisting that “Trump and the Christian right are aligned in their true belief, which is that women must be kept in their place.”

Oh, yes, she has Catholics all figured out. Never mind that the Church recognizes a woman as the most revered non-divine human ever to have lived: Mary. Never mind that St. Joan of Arc led the French army in the 1400s, or St. Catherine of Siena who told a pope what to do in the 1300s. Long before popular opinion, the Catholic Church championed women who refused to be “kept in their place.”

Marcotte next talked about how the Catholic Church perpetuates shame.

“The same sexual shame that religious conservatives try to instill with restrictions on reproductive rights is also used to silence victims of sexual abuse,” she said, without providing a specific example. “Victims ... are often subject to people digging through their sexual pasts, using their consensual activities as ‘evidence’ that they're dirty and therefore undeserving of protection against abuse.”

And, she suggested, abortion supporters are the ones changing that attitude. 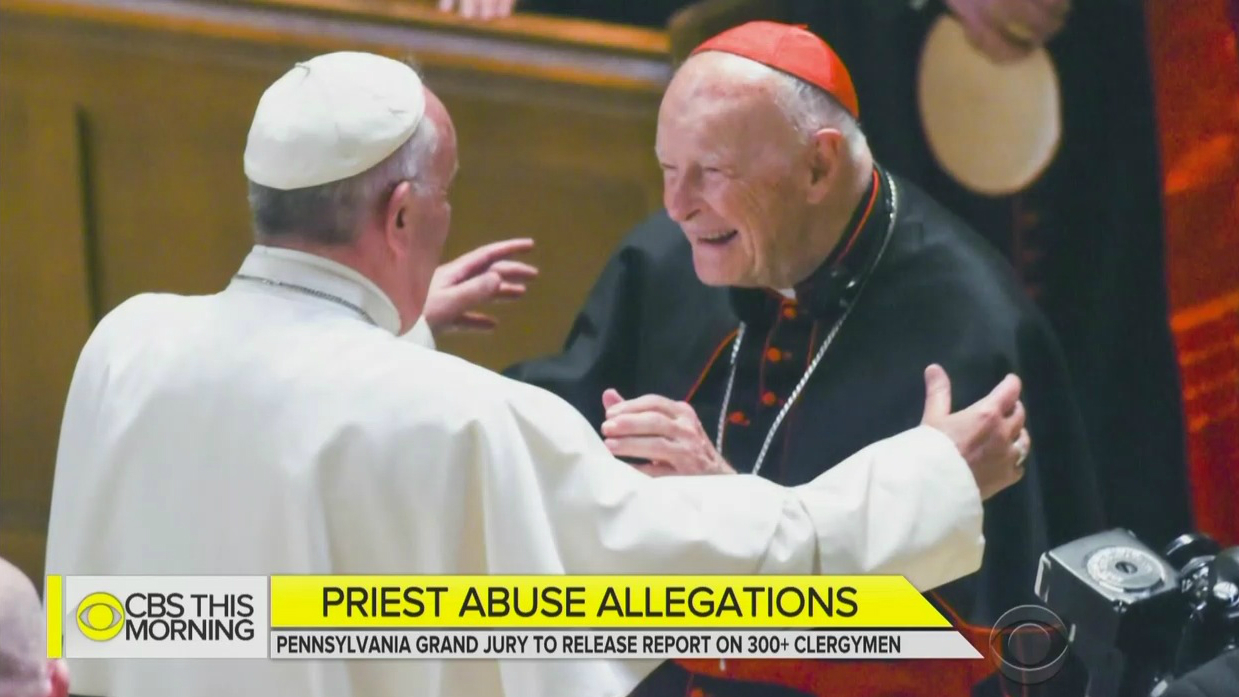 “It's possible that one reason more survivors of abuse are willing to speak out these days is that the pro-choice movement has done so much work in destigmatizing consensual sex,” she argued. “The fear that victims used to experience -- of being outed as someone who has consensual sex and quite likely enjoys it -- no longer has the power it used to have, creating more space to speak out.”

It’s worth remembering at this point: this grand jury report largely concerns minors who cannot legally consent to sex.

She ended by saying that “there is no way for religious groups to preserve their traditions of male dominance and sexual shaming while also eradicating sexual abuse.” As Marcotte explained on Twitter, that meant “it’s not enough for the church to end the celibacy requirements. The entire patriarchal ideology has to be rooted out.”

In other words “allowing female priests” and “ending prohibitions on premarital sex, contraception, abortion, homosexuality, transgender identities” and “the entire gender ideology that holds that men and women have ‘different’ and ‘complementary’ roles.” 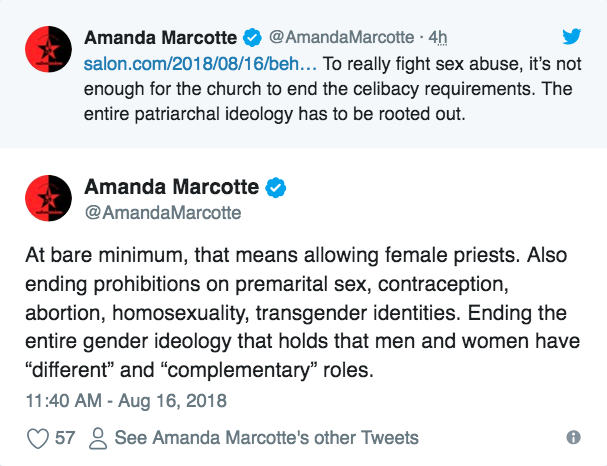 How that would help, she didn’t elaborate. Instead, she concluded, “The only way to root out the abuse is to root out those patriarchal values.”

Something else that might help? Political writers who try to tackle the actual issues and debates, rather than create a strawman.