July 25 marked the 50th anniversary of Humanae Vitae. The encyclical letter by Pope Paul VI affirmed the dignity human life and urged against the use of birth control. It’s worth reading the transformative document for two reasons: it’s brief, and the media regularly distort it. 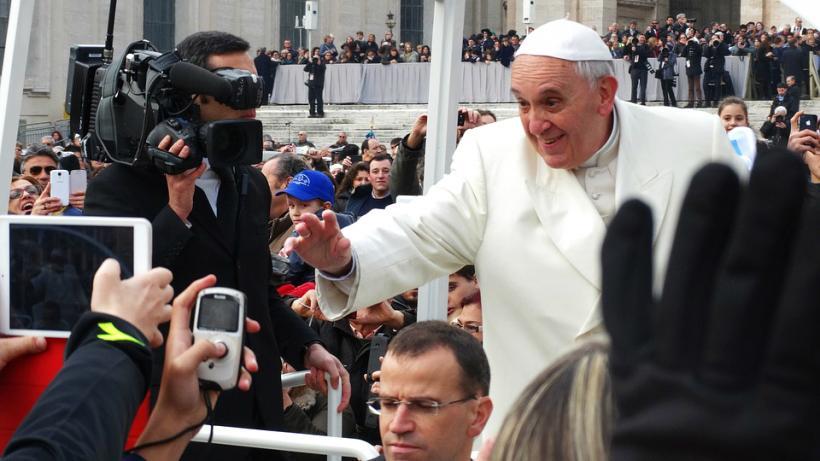 Case in point: On July 26, Vice’s healthcare site, Tonic, slammed the document with the headline, “This Catholic Church Policy Has Been Harming Women for 50 Years.” For an expert’s opinion on the topic, news writer Susan Rinkunas turned to Sara Hutchinson Ratcliffe, vice president of Catholics for Choice.

That’s an odd choice, considering Catholics for Choice openly dissents with Church teaching. The group champions abortion, and that’s a big deal because the Church teaches that women who have abortions – and all who help them – are automatically excommunicated.

So it’s no surprise that Rinkunas’ article was riddled with error. Her main horror appeared to stem from the discovery that the Catholic Church did, in fact, follow Catholic teaching.

Among other things, she complained that the United States Conference of Catholic Bishops’ (USCCB) issues medical directives, used by Catholic hospitals, that “prohibit contraception, sterilization, and abortion, even when a pregnancy endangers a woman’s life or health.” But, if she had read those directives, she would have seen a pregnant mother’s life can be saved, even if the unborn baby dies as an indirect result:

“Operations, treatments, and medications that have as their direct purpose the cure of a proportionately serious pathological condition of a pregnant woman are permitted … even if they will result in the death of the unborn child.”

In other words, the surgery’s purpose must be aimed at saving the mother’s life – not aimed at ending the unborn baby’s life.

In the absence of birth control, Catholics rely on what the Church calls Natural Family Planning (NFP), or regulating births based on tracking when women are more likely to become pregnant. Rinkunas had a problem with that too, because the “failure rates for natural family planning are as high as 25 percent.”

But according to the USCCB and medical experts, some of whom MRC interivewed below, modern methods show that failure percentage is more like one to three percent.

Pope Paul VI, who will be canonized a saint by Pope Francis in October, centered Humanae Vitae around the “transmission of human life.” 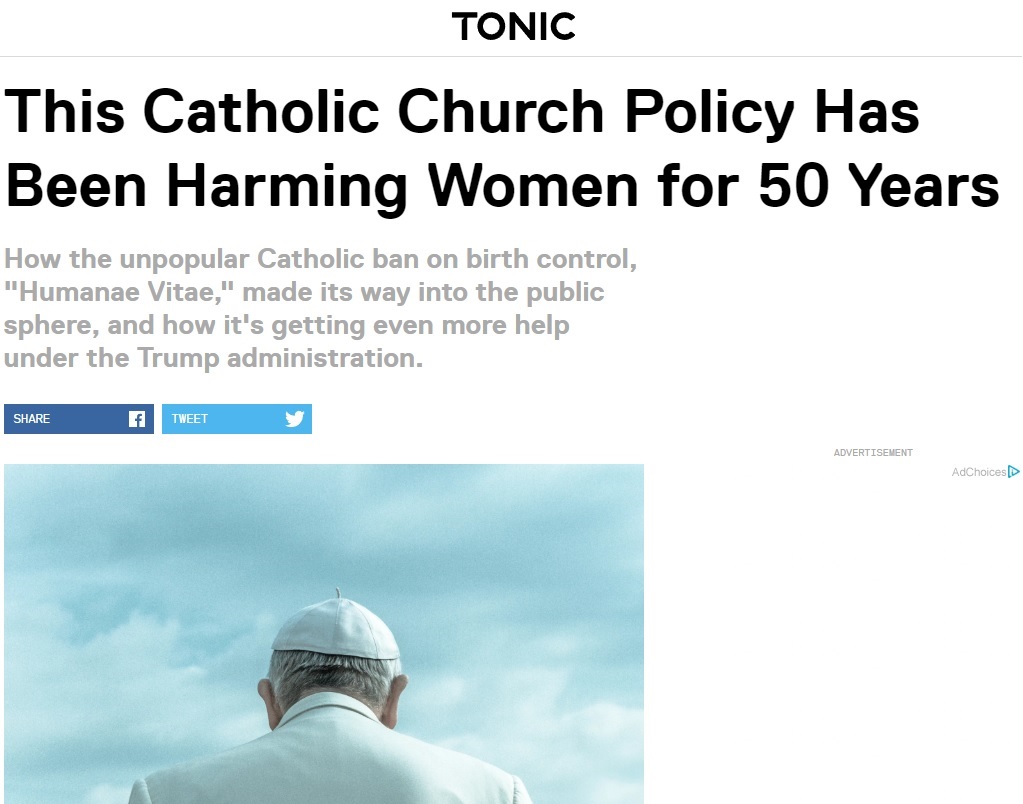 He wrote that while couples can practice “responsible parenthood,” or child spacing, through methods like NFP, the Church “condemns as always unlawful the use of means which directly prevent conception.” That means Catholics are forbidden from using everything from the pill and IUD to condoms.

The pontiff explained why the Church’s teaching on this isn’t “inconsistent.”

“In the former the married couple rightly use a faculty provided them by nature,” he stressed. “In the later they obstruct the natural development of the generative process.”

In other words, couples must always be open to the possibility of life – part of marriage’s beauty – by not directly interfering with artificial methods. The Church’s catechism elaborates on why: Contraception prevents “giving oneself totally to the other,” which includes the ability to create new life, and that “leads not only to a positive refusal to be open to life but also to a falsification of the inner truth of conjugal love.”

Moreover, the pope predicted “consequences” of using “artificial methods.” Those included rising “marital infidelity and a general lowering of moral standards” as well as reducing a woman’s dignity. The teaching aims to protect women from harm, rather than cause them harm (as Vice’s Rinkunas claimed).

“[A] man who grows accustomed to the use of contraceptive methods may forget the reverence due to a woman,” the pontiff wrote, “and, disregarding her physical and emotional equilibrium, reduce her to being a mere instrument for the satisfaction of his own desires, no longer considering her as his partner whom he should surround with care and affection.”

Instead, Catholics are encouraged to use methods like NFP. According to the USCCB, “studies show that couples who follow their NFP method’s guidelines correctly, and all the time, achieve effectiveness rates of 97-99%.” The USCCB also stresses that NFP is not “Rhythm,” which has been “often proved inaccurate.” Unlike the outdated Rhythm method, NFP “take[s] account of a woman’s changing signs of fertility.”

What Catholic and Medical Experts Say

In April, MRC Culture interviewed experts at a Humanae Vitae symposium held at the Catholic University of America in Washington, D.C.

Dr. Marguerite Duane, a board-certified family physician, serves as adjunct associate professor at Georgetown University, co-founder and executive director of FACTS, and co-founder of Modern Mobile Medicine. She spoke with MRC about media “myths and misinformation about modern methods of Natural Family Planning,” or, as many in the Church and medical fields call it now, “fertility awareness-based methods.”

She said the “most common myth that they perpetuate” is that “this is the Rhythm method.” Today, she said, there are a “number of different high-quality evidence-based natural or fertility-awareness based methods of family planning that should be available.”

But misinformation can discourage that.

“When we continue to perpetuate the myths that this is just your grandmother’s Rhythm method,” she added, “we’re continuing to spread disinformation, which hinders women from having access to true, accurate information.”

Another “common myth that we hear,” she said, is that these methods will “fail 25% of the time.”

She said that statistic is “based on the National Survey for Family Growth,” which asked retrospectively “What method of family planning were you using when you got pregnant?”

“Women responded, and what they found is 86% said they were doing some sort of calendar calculation,” Duane explained. “Not even necessarily the Rhythm method, but certainly not the modern methods” which she listed as including the Billings method, the Creighton model, and the sympto-thermal method. 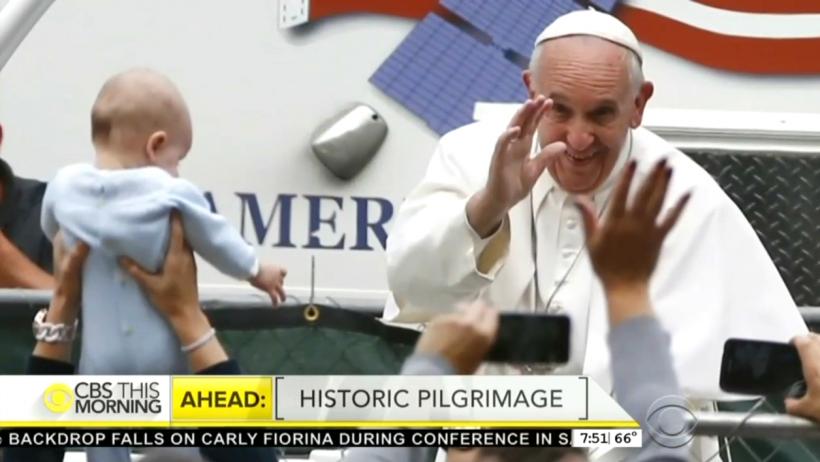 Instead, she concluded, people “need to look at the actual studies of the individual methods.”

She stressed that the best way for women to learn about these fertility awareness-based methods is from trained instructors. For a brief overview, she recommended her FACTS website.

Theresa Notare, the USCCB assistant director for the Natural Family Planning Program at the Secretariat for Laity, Marriage, Family Life and Youth, listed to MRC what she would like to see in media coverage of Humanae Vitae and NFP:

As the dean of theology and religious studies at Catholic University, Rev. Mark Morozowich called Humanae Vitae an “encyclical that I think is more important today maybe even than it was 50 years ago.” 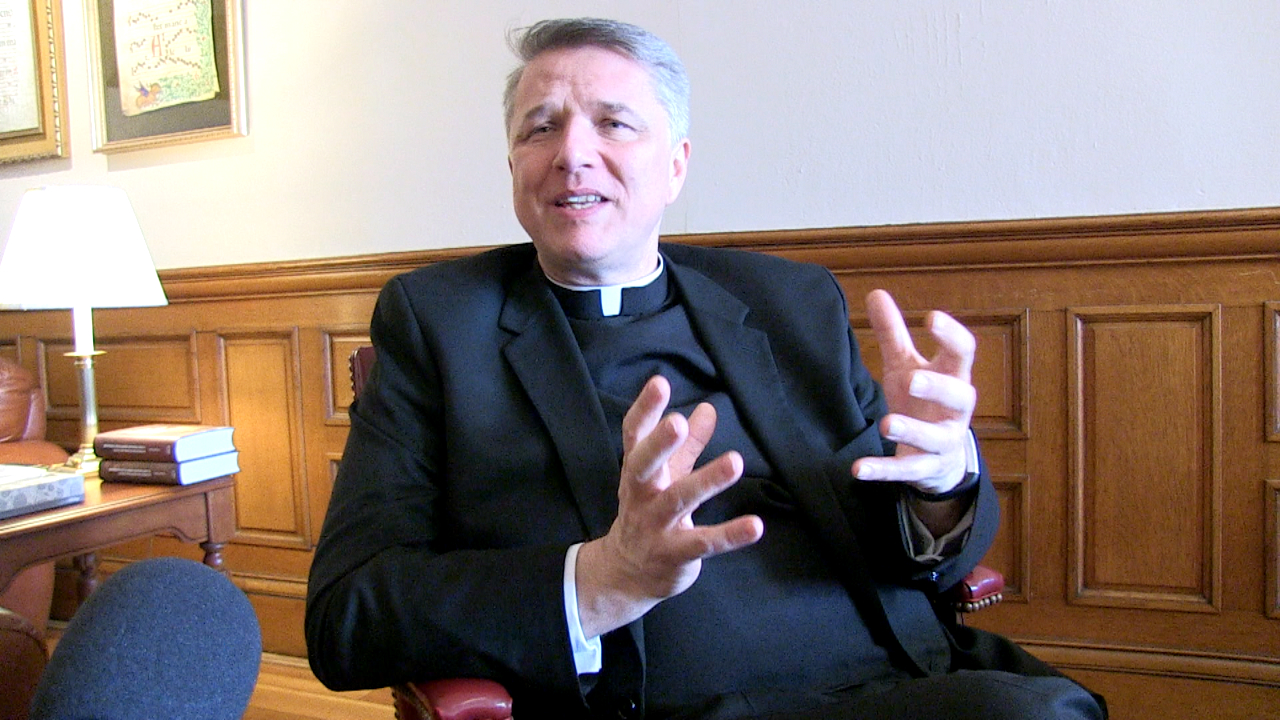 “If you begin to see the complexity of the human, if you begin to really penetrate and look at the heart and how our need for connection, our need for involvement, our need for one another is so crucial and yet so vulnerable,” he explained. “Blessed Paul VI was calling the world to be more mindful of that vulnerability to protect people so that they could truly open their lives up and love one to another. Giving one completely, and not using the other.”

He stressed that the letter wasn’t “simply about genital activity,” but a “statement of who we are as human beings, and from that, we understand the proper use of our bodies.”

He encouraged the media to “be in touch with people who are living Natural Family Planning” and “delve just a step deeper.” He also recommended people read the document itself.

“I think all people in the media need to read what they’re saying, I think all too often people, you know, just glimpse over it or take Cliff’s Notes from some other person that they respect and then just repeat those words themselves,” he concluded.