After facing challenges in the media, the legal system, and Hollywood, a movie revealing the story of “America’s biggest serial killer” is set to hit theaters.

On Tuesday, The Hollywood Reporter (THR) broke the news that distributor GVN Releasing will open a film about infamous Philadelphia abortionist Kermit Gosnell to as many as 750 theaters in October. According to the filmmakers, the creation and release of Gosnell: The Trial of America's Biggest Serial Killer hasn’t happened without overcoming hurdles – including in the media. 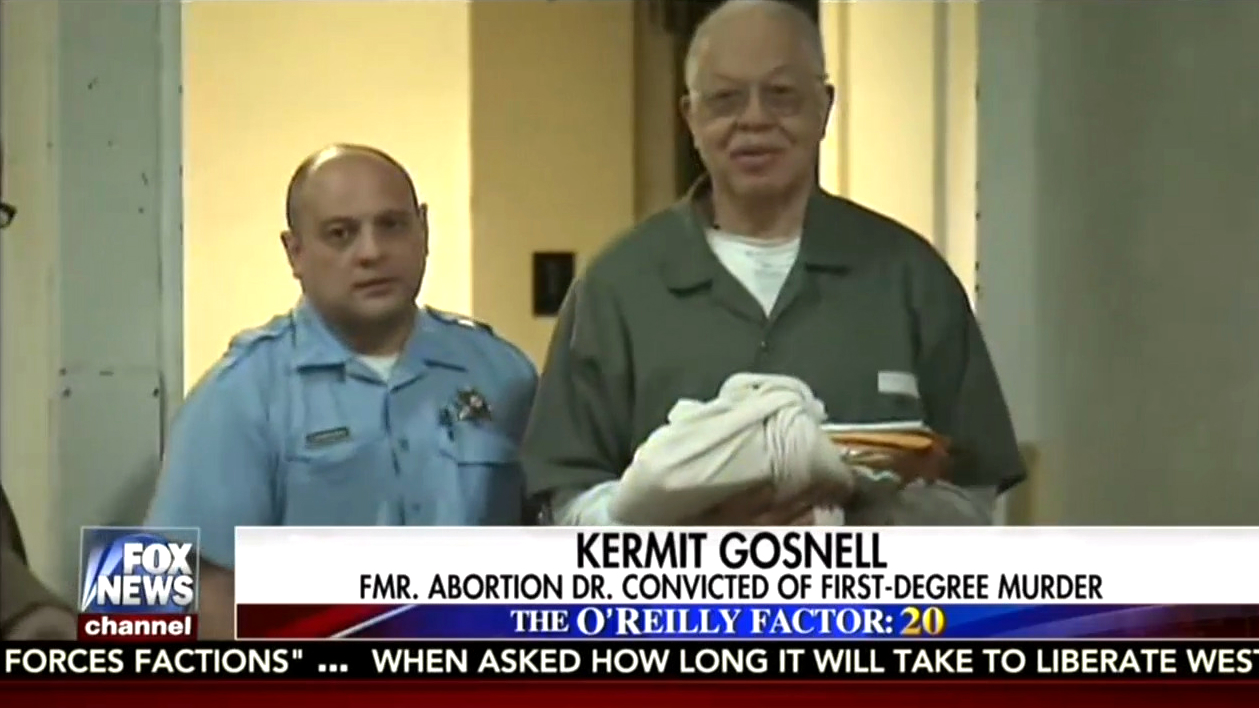 In an exclusive statement to MRC Culture, producer Ann McElhinney stressed that “finally the Gosnell story will be exposed.”

“Most Americans have never heard the name Dr. Kermit Gosnell because the mainstream journalists chose not to cover the trail,” she stressed, because “the left don't want the truth about abortion to be known.”

But the Hat Tip Films movie, produced by herself and husband Phelim McAleer, “will do that and a lot more.”

“The movie is as much as exposé of the media as it is of abortion,” she added. “The media who ignored the story will have to explain to millions of people who will see the movie why they censored this story.”

Among other things, Gosnell was convicted May 2013 of first-degree murder of three babies (while the Grand Jury report, THR has noted, “alleges Gosnell killed hundreds of infants by sticking scissors into their necks”).

But the trial, in which witnesses described baby abortion survivors “swimming" in toilets “to get out,” attracted a mere 12 – 15 reporters. Only after 56 days, multiple letters from members of the House of Representatives and a public outcry, did all three broadcast networks report on Gosnell.

The filming of the movie itself, sponsored by a crowd-funding campaign, faced censorship. But after raising $2.3 million, Gosnell became the most successful crowdfunded movie on Indiegogo.

And with big names involved, the film promises to also be a success.

Directed by Nick Searcy (The Shape of Water), Gosnell was filmed in Oklahoma and stars Dean Cain (Lois & Clark). McAleer and McElhinney are experts on the story after interviewing Gosnell, and have even written a best-selling book on the abortionist, published by Regnery. Former employees have confirmed what the filmmakers say: Gosnell’s abortion clinic was a house of horrors.

“This is the story Hollywood and the mainstream media didn't want you to see because it shines a harsh spotlight on abortion,” the filmmakers urged in a Tuesday press release.

GVN expressed excitement in the statement too.

"I'm privileged and honored to introduce Gosnell into the marketplace,” said CEO Geno Taylor. “As [motivational speaker] Denis Waitley once said; 'Life is inherently risky. There is only one big risk you should avoid at all costs, and that is the risk of doing nothing.'"

Searcy added that “No matter what your stance is on abortion, you will have a more informed opinion after you see Gosnell.”

According to THR, the distribution deal came after Judge Jeffrey Minehart, presiding at Gosnell’s trial, “sued to block the release of the film, fearing he was portrayed as part of ‘Philadelphia’s liberal corrupt government.’”

That has since been resolved, THR added.

"I've been on hard films before, but this one was particularly difficult," said executive director John Sullivan, THR reported. "Hollywood is afraid of this content. It's a true story the media tried to ignore from the very beginning, so I wasn’t surprised to see Hollywood ignore us."