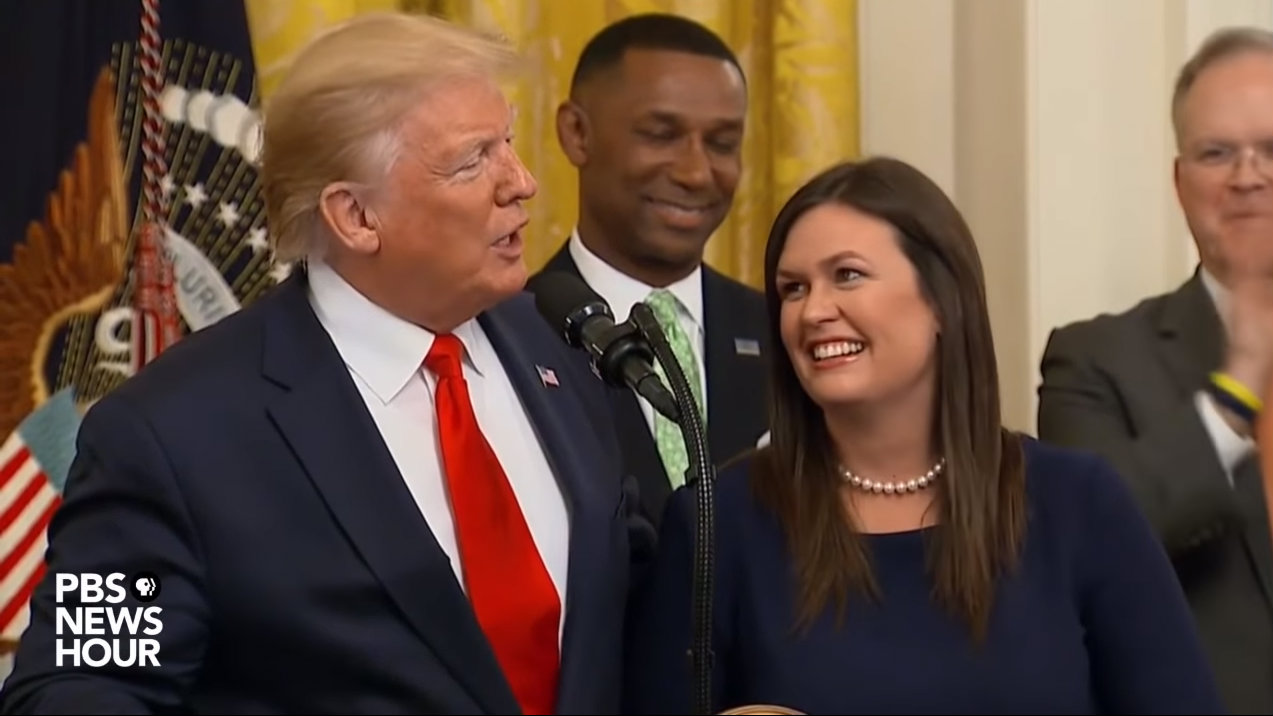 Before President Trump could tweet about Sander’s departure, CNN published an opinion piece from former Clinton White House press secretary Joe Lockhart entitled “Sarah Sanders failed in almost every aspect of the job.” Lockhart blasted Sanders for her “legacy of dishonesty” and lack of transparency. Ironic, coming from a Clintonite.

When The Daily Beast broke the news to Kathy Griffin, the Trump decapitator replied “Where are we having the party? I mean, this is a celebratory moment.” Griffin has had it out for Sanders for a while. Last year, she tweeted, “Bitch, do not come for me. I did not call you. And for fucks sake, take a cold reading class, maybe you won’t stumble so much.”

Most of the left-wing fun was had on Twitter. University of Chicago professor Eve Ewing tweeted,

we're seated at the precipice of fascism and Sarah Sanders was instrumental in unabashedly ushering in that state of affairs. may she walk a path strewn with legos in her bare feet for the remainder of her days. [sic]

It’s impressive that someone can tweet so didactically yet so moronicly, but that’s liberal elite higher education in a nutshell.

Others were, shall we say, less elegant in their attacks. Jim Carrey, famous for being a scatterbrained nutjob on and off screen, drew a gross depiction of Sanders praying at the foot of Christ on the cross. Carrey tweeted, “Good Riddance, Sarah Huckabee Sanders! Now the only one you have to lie to is Jesus.” Just like his drawing of Trump’s sons being gored to death by an elephant, Carrey’s latest doodle should have stayed in the revolting middle-school notepad that it came from.

Powerlifter Tony Posnanski was straight and to the point. The blue check with over 100k followers tweeted, “Go fuck yourself. You won’t be missed you lying horrible person. And your brother tortures dogs.”