Seth Dillon runs the Babylon Bee, a satirical news website that creates fake yet humorous headlines about everything from religion to sports. But during an appearance on the “Joe Rogan Experience,” he was all business when defending the pro-life approach to babies and standing against the foolishness of pro-choice advocates. 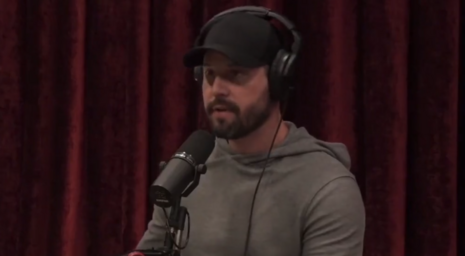 Towards the beginning of their discussion regarding abortion, Rogan tried to trap Dillon in his words by asking if he thought it was okay to abort a baby that was conceived in rape. Most pro-choice advocates try to frame the question as if women somehow undo the evil of rape by performing the evil of killing a baby.

Dillon didn’t fall for this, and calmly stated that “two wrongs don’t make a right.”

As the interview progressed, Dillon continued to calmly refute each ill-founded point Rogan tried to contrive, providing sound logic and reasoning to show that the pro-choice way of thinking is inherently faulty and unworthy of support. The best moment of the interview came when he eviscerated the argument that “abortion is healthcare” by comparing it to an equally faulty argument.

“I think that abortion is healthcare the way that rape is lovemaking, if you want to use rape as an example,” Dillon said. “I think they’re opposites. And these are euphemisms that we use. You know, we use the word ‘healthcare,’ we’re talking about a procedure that ends an innocent human life and we’re calling it ‘healthcare?' That’s like calling rape 'lovemaking!'”

The rest of the video is stirring and invigorating for those who still have enough common sense to say that abortion is murder. The segment of their video discussing abortion is right here.

Thank you @SethDillon for standing for the human right to life—without exception—on @joerogan's show today.@joerogan, let’s talk. I think we would find a lot of common ground on protecting families, fighting censorship, and pursuing a meaningful life. pic.twitter.com/StlfgNxARo