Washington Commanders defensive coordinator Jack Del Rio was fined $100,000 for his comments last Wednesday that referred to the Jan. 6 riot  as a “dustup.” 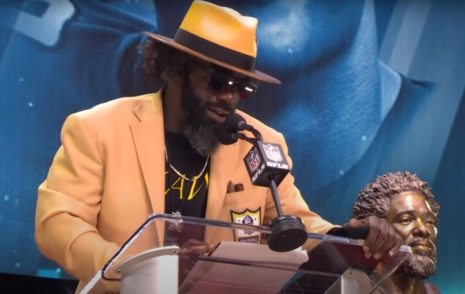 Yes, you read that right.

The fine comes after Commanders head coach Ron Rivera issued a scathing rebuke of his colleague’s “extremely hurtful” words on Friday, which culminated in Rivera issuing the unnecessarily large fine to Del Rio.

Rivera was one of the first major figures associated with the NFL that openly criticized Del Rio, but former Baltimore Ravens safety Ed Reed quickly jumped on that bandwagon the next day.

The Hall of Famer took to Twitter to criticize Rivera’s decision to fine the man $100,000 for a poor choice of words. Somehow, he even managed to rope Alabama head coach Nick Saban into his rant, even though the worst thing Saban has done in recent memory is complain about how NIL deals have changed the landscape of college football, which has nothing to do with Del Rio.

Today, im sick and tired! A dust up! 100,000 is not enough, money ain’t nothing to a person who is recycled through coaching. Its always one, first it was Saban now its Jack to just remind US what it is! Man if u coached by him put your pants on! Its simple right and wrong, Wrong

It’s ridiculous to think that we have reached a point in society where an offense as minimal as Del Rio’s (if you even want to call it an offense) is so bad that certain people think more needs to be done in addition to the hefty fine.

Yes, calling the Jan. 6 riot a dustup minimizes how bad the riot was, it was a shameful and disgraceful event. However, Del Rio never said it was inconsequential, all he said was that compared to the riots of 2020, it was small in scale.

Here’s the clip from an interview last Wednesday that provides more context for the quote that got Del Rio in trouble.

"I can look at images on the TV, people's livelihoods are being destroyed, businesses are being burned down, no problem. And then we have a dust up at the Capitol, nothing burned down, and we're going to make that a major deal." pic.twitter.com/99mF3uxUTD

A simple apology statement would have been all that was necessary to right this miniscule wrong. But because the majority of Americans get so easily offended, we frequently get reactions that resemble those of Rivera and Reed, along with dramatic solutions to small problems.