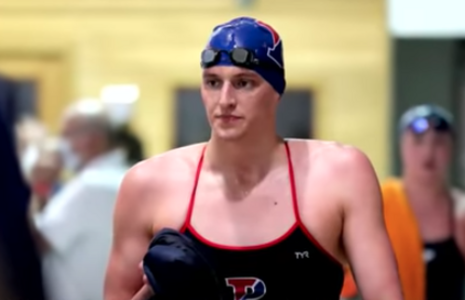 Michaela Winberg, a general assignment reporter who covers LGBTQ people and culture for Billy Penn (in Philadelphia), produced a radio feature for Morning Edition that NPR posted on their website as a reaction piece to Lia Thomas’ record-setting weekend at the Ivy League’s women’s swimming championships (the transcript for which is here). However, Winberg did not conduct a single interview with someone who may have opposed the fact that a man is swimming against women, and all the quotes from her sources voiced nothing but support for the delusional athlete.

“For Lia to be up on the blocks and looking around and all the world talking about her - that's such a huge burden on her, as well. And I think people have to remember that this young girl is dealing with a lot herself, and have some support there,” Peter Larsen, who’s daughter competed against Thomas in several events, said.

There were no interviews with biological women, no quotes from parents who would rightfully feel enraged about their daughters losing to a man, no perspective from the other side. Nothing.

This situation lacks all semblance of basic moral principles and common sense, which is perhaps exactly why NPR published the story in the first place.

But, the reason why no opposing voices are allowed to be heard is because they all just want to be accepted. The media and the wackos who support this ideology want to purport a narrative that says anyone who wants to indulge in their delusions should be allowed to do so, and no one should attack them or make them own up to their actions. But if you’re going to be so bold about your stance, shouldn't you be able to take a little heat from the other side?