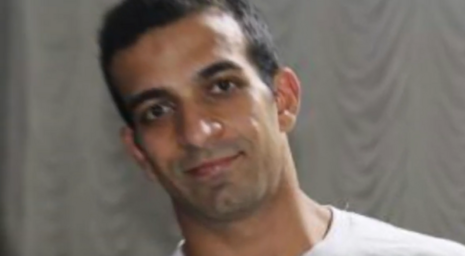 Amir Assadollahzadeh won a medal at the World Club League Championship in Norway in November, but because he did not wear a t-shirt honoring the late Iranian Revolutionary Guards’ Quds Force commander Qasem Soleimani after his victory, he was viewed as a rebel by his authoritarian government (the shirt he chose to wear honored the healthcare workers in Iran who worked through COVID).

Soleimani was a terrorist. As the commander for Iran’s military, he was responsible for the death of thousands of U.S. soldiers and was intensifying a terrorist presence in Syria and Iran. He was killed in an airstrike on January 3, 2020, ordered by then-President Donald Trump.

Apparently, Assadollahzadeh was told he could make up for his “brazen” offense by wearing a shirt with Soleimani’s likeness plastered on it at the International Powerlifting Federation World Championships in November, but refused, quit the team and fled for his life after the WCLC. He is now seeking asylum in Norway.

“I refused to wear the shirt and I was confronted with threats: If you refuse to wear the shirt, upon your return to Iran, both you and your family will face problems,” Assadollahzadeh said.

Unfortunately, Assadollahzadeh is not the only Iranian athlete suffering from the grip of Iran’s politics.

According to Breitbart, others have included an Iranian boxer and water polo player:

In 2018, the Iranian water polo player Amir Dehdari was arrested and brutally flogged for refusing to meet with Iranian Supreme Leader Ayatollah Khamenei. In October, the Iranian boxer Omid Ahmadi Safa failed to turn up to compete for the gold medal at the World Kickboxing championship final in Italy after a video surfaced of him with Israeli athletes.

For any athletes in America who need a refresher on what real government oppression is like, take a good long look. In America, athletes can support organizations that are no different than domestic terrorists (BLM), wear cleats in the NFL that allow them to voice their support for whatever cause they choose, and abstain from meeting the President after winning a title if they object to their politics.

But in Iran, if you wear the wrong t-shirt, associate with the wrong people, or refuse to show up when the president calls your name, you and your family could have your life threatened.

Maybe all of us, not just athletes, should be thankful we live in America, a place where our lives are not threatened if the government does not approve of our wardrobe.