Brooklyn Nets point guard Kyrie Irving can sometimes be an odd and controversial person, as his past has clearly shown. However, he has recently taken a firm stand against the NBA’s vaccine mandates, which has caused him to be removed from team activities. 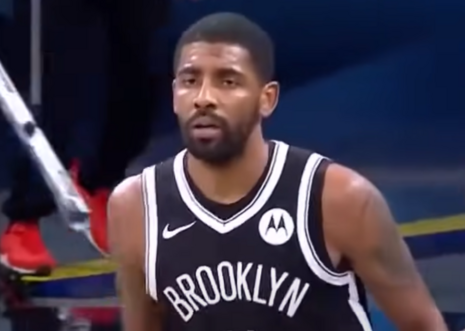 Nets general manager Sean Marks said on Tuesday that until Irving complies with New York City’s COVID-19 vaccine mandate, he will not be allowed to practice or play with the team. The mandate is that anyone entering an indoor gym must have at least one COVID-19 vaccine shot.

Marks stood firm by his decision, despite the fact that it will exile one of their most talented players until the mandate changes or Irving takes a different course of action.

"Again, my job here is to make what we deem as the best decision and best choices for the organization moving ahead as a whole. They're not always ones that are going to be met with open arms and a thumbs-up. These are hard decisions. Just like I'm sure it wasn't easy for Kyrie either to have to make that [decision] to not be around his teammates."

Irving has said he is not anti-vax or anti-science, but that he is taking his stand to go against the amount of control the government is attempting to take over people’s lives.

Shams Charania, a reporter for The Athletic, said,

"To him (Irving), this is about a grander fight than the one on the court and Irving is challenging a perceived control of society and people’s livelihood, according to sources with knowledge of Irving’s mindset."

Note the word “perceived” in this paragraph. The irony here is that thousands of people in the NBA and outside it are not seeing the situation for what it is, and Irving is the only one that does.

Irving is on point; his perception is not wrong. The NBA is trying to use their power and influence to get people to be vaccinated, and they are threatening to take away their employees’ livelihood in the process (while Irving is already a millionaire, he will lose an estimated $380,000 for every game he doesn’t play).

What we see in the NBA and with Irving’s situation is an extension of what we see in our nation at large, and Irving is perfectly in the right to protest the vaccine mandate. He and any others who stand against it will be ridiculed, but hopefully, enough will stand against it to create change.

Until then, we can only hope Irving will not cave to the pressure of getting the jab.