Jaguars Use Vaccine Status As Factor In Roster Cuts

NFL teams recently made their final 53-man roster cuts before the season begins on September 9. Making a team (or not) is usually based on your capabilities as an athlete, but one team partially made their personnel decisions based on the vaccination status of their players. 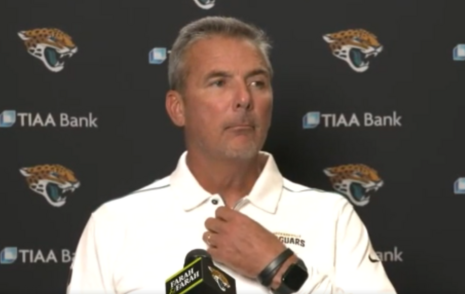 "That was part of the (considerations such as) production, let’s start talking about this, and also is he vaccinated or not?,” Meyer said in a press conference on Tuesday. “Can I say that it was a decision-maker? It was certainly in consideration.”

These comments sent the league into a Frenzy, with the NFLPA shortly launching an investigation to see if Meyer’s comments were true.

In a follow-up statement made that same day, the Jaguars claimed,

“… no player was released because of their vaccination status. Ultimately, decisions are based on a player’s ability to help the Jaguars win.”

An NFL source told ESPN analyst and reporter Adam Schefter that the Jaguars are in the top five teams league-wide for unvaccinated players.

While this is certainly a nice cover-up to Meyer’s verbal oopsie, the damage has already been done. We now know that while it may not have been the final factor in deciding whether a player got a roster spot, it was nonetheless a determining factor in the process.

The NFL is disintegrating into chaos right before our very eyes.

Let it be said again, there is reason a professional athletes may not need to take the vaccine. One gander at a sideline of athletes – especially football athletes – are some of the most physically in-shape individuals on the planet. Furthermore, the NFL dedicates an ungodly amount of medical resources to ensure that their players stay healthy, so combining that with their incredible physical health and you have a demographic of people who should be the least concerned about their vaccination status.

The CDC has said that a vaccine’s effectiveness varies from season to season and person to person in terms of helping prevent sickness. So if the COVID vaccine- which has only been tested for months and not years-is just like any other vaccine, then it would be foolish for any sports team to make cuts based on something that has not been proven effective -such as the COVID-19 vaccine.

In the past, teams wrongfully used to make personnel decisions over skin color. Thankfully, we have moved past this foolish determinant of whether or not to allow an athlete to play a sport. But now, it seems we are reverting back to our old ways of discriminating against people and making them appear as second-rate citizens, this time based on someone’s medical history.

There is truly nothing new under the sun.