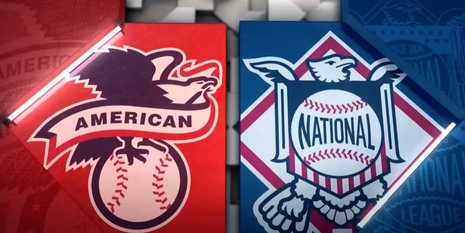 Major League Baseball showcased its very best talents in Tuesday’s All-Star Game, and the viewing public said nah, not interested. Television ratings for a fast declining woke league were at rock bottom in the history of all-star game viewing.

Broadcast by Fox Sports, the 2022 all-star game drew just 7.5 million viewers with a lowly 4.2 rating, and Sports Business Journal documented this being the poorest television showing ever for the Midsummer Classic. That’s a 10-percent ratings drop compared to last year’s controversy-dogged game.

Not only is MLB losing popularity for its wokeness, but last year it badly damaged the integrity of the all-star game by removing it from Atlanta for political reasons. The Georgia legislature had enacted new laws designed to protect election integrity. Democrats cried “voter suppression,” MLB bought into the lie and moved the 2021 all-star game to Colorado. It was a woke, bone-headed move that sent baseball’s favorability into a free fall.

Responding to pressure from the Biden administration and mimicking the talking points of leftist politicians, (Commissioner Rob) Manfred elected to punish small business owners in the city – many of them black – by moving the game over supposed human rights concerns.

In reality, minority turnout in Georgia’s subsequent (2022 primary) elections soared. Proving that Georgia’s voting law had zero impact on minority voting rights and MLB’s actions were as unnecessary as they were nonsensical.

This year’s all-star game was in Los Angeles, a city suffering from rampant crime, homelessness and despair, Huston wrote.

MLB’s All-Star game consistently drew 20-plus million viewers in the early 1990s. The 1967 All-Star Game drew 55 million viewers. Those were more innocent pre-woke times for pro sports. In the last five years all the major pro sports leagues have gone woke and turned off masses of fans. Baseball also went crazy throughout the June LGBT pride months, putting sexual orientation and gender identity ahead of its on-field product.

Sports Media Watch tried to sugarcoat baseball’s fiasco, boasting that MLB features the most-watched of all the all-star games in pro sports. It’s a hollow point, given how badly baseball’s audience is shrinking. The best of the bad is merely a desperate talking point. Football’s Pro Bowl and the NBA’s all-star games are not exactly killing it in popularity and TV viewership.

Each of those sports are choking themselves to death with wokeness.