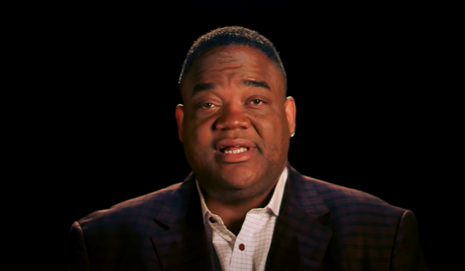 Contrary to the left-stream media’s pitiful claims that Brittney Griner, the pro basketball player imprisoned in Russia, is a victim of American racism, sports journalist and commentator Jason Whitlock says her situation is triggering globalists who traditionally hate America.

“It baffles me that the American media are attempting to make what’s happening to Griner an example of American racism,” Whitlock wrote Wednesday.

He criticized Los Angeles Times writer Bill Plaschke for vilifying “racist” America for Griner’s Russian imprisonment instead of her alleged attempt to board a plane in Moscow with marijuana vaping cartridges in her bag.

Griner is black, a lesbian, has tattoos and dreadlocks and "doesn’t fit America’s image of the ideal female athlete," so blame racist America first for her predicament.

“Russia locks up a 6-foot-8 black woman for a tiny amount of hash, and it’s America’s fault. Really?" Whitlock responded. "What’s the matter with us? Are we really filled with this much self-hate?”

James and Griner are both globalists, says Whitlock.

“She’ll go anywhere and say anything for the paycheck," Whitlock wrote. "Dissatisfied with her WNBA salary, Griner traveled to Russia to earn her millions. There’s a cost to the global agenda – a loss of American rights, customs, and freedom."

Griner is getting what Whitlock describes as a taste of Russian oppression – in “Wokedown Palace.” It’s similar to 19th century America, he said, adding, “We can only hope that when she does return to America, she’ll muster the courage to sing this country’s praises.”

Griner sent a letter to President Joe Biden a letter begging him to get her out of jail.

“On the Fourth of July, our family normally honors the service of those who fought for our freedom, including my father who is a Vietnam War veteran,” she wrote. “It hurts thinking about how I usually celebrate this day because freedom means something completely different to me this year.”

This is a far cry from Griner’s tone during the last five years of social justice revolution in U.S. sports.

Whitlock concluded that “WNBA and NBA players have spent the last five years demonizing America. Griner refused to stand for the national anthem. LeBron James and the NBA swallowed the entire Black Lives Matter agenda. Sitting in a Russian jail, Griner has rediscovered her patriotism.”

Whitlock says he has more sympathy for the late Ashli Babbitt and the incarcerated January 6 protesters than he has for Brittney Griner. Making an American citizen a political prisoner is exactly what his schoolteachers told him Russia does.