Joe’s The Guy! Griner Believes President Biden Can ‘Go Get’ Brittney From Russia 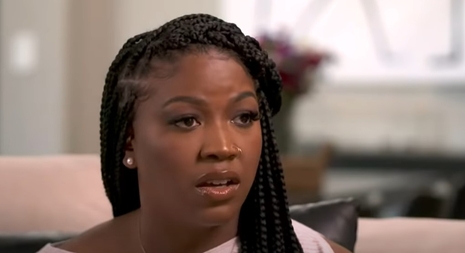 It’s been 100 days since Brittany Greiner, center for the WNBA’s Phoenix Mercury, has been locked up in a Russian prison on drug charges. Her wife, Cherelle Griner, says President Joe Biden is the deal maker, the go-to man who can get Brittney released.

"There is one person that can go get her, and that's our president," Griner told Angela Rye in an ESPN interview this week. "He has that power. You know, I'm just like, 'Why are we not using it? Like, urgently, use it.' We're expecting him to use his power to get it done."

If President Biden is this fabulous miracle worker, he sure is taking his sweet time living up to that hype. Maybe he’s waiting for just the right time to hatch a genius prisoner exchange, but it hasn’t happened yet.

In addition to playing for the Phoenix Mercury, Griner was in Russia playing for a professional basketball team over there. While attempting to go through a Moscow airport, she got caught with vaping cartridges in her luggage and was detained. That was in February, and the man in the White House who has all that untapped power, still hasn’t brought Brittney back to the USA.

Cherelle Griner (seen in photo) thanked the Phoenix Mercury for their support. The WNBA is placing “BG42” logos on all of its basketball courts. Despite President Biden’s amazing power and the symbolic effort by the WNBA, the Russians continue to imprison the 6-9 giantess and Cherelle feels vulnerable.:

"I'm in a position of complete vulnerability right now. I have to trust people that I didn't even know until Feb. 17. So I'm trusting her lawyers. ... 'How does she look? How is her spirit? How is her energy?' I'm just asking all those questions, trying to just get some type of indication or vibe.

"Some days they say, 'She's really strong ... She seemed in good spirits when we talked.' And sometimes they'll say, 'Her energy was really low.'"

Cherelle believes that if an NBA player was being detained in Russia, he would be released quickly. There would be more urgency by the U.S. government to get that man home. "We do live in a world that, the bigger the platform, the bigger the urgency," she said.

Maybe not. An imprisoned Steph Curry would give the Russians a much greater bargaining chip than a WNBA player.

Mrs. Griner has spoken with U.S. Secretary of State Antony Blinken, NBA commissioner Adam Silver and WNBA commissioner Cathy Engelbert about her wife’s imprisonment. So far, none of them have been able to nudge President Biden to unleash his power and perform his magic to get the release done.

While the administration hasn’t made any headway with the Russians yet, three Democrats last week introduced a resolution calling for Griner’s immediate release. It was led by congressmen Greg Stanton (Arizona), Colin Allred (Texas) and Sheila Jackson Lee (Texas). The Russians haven’t been moved by this either.

Perhaps the real man with the power is former United Nations ambassador Bill Richardson, who was instrumental in negotiating the release of former U.S. Marine Trevor Reed from Russia last month.

"The Russians held them, I believe, as bargaining chips," Richardson said in Tuesday’s airing of HBO’s Real Sports with Bryant Gumbel. "They want something in return. Usually another prisoner, a Russian, in the United States. I'm convinced the Russians are going to ask for something in return, because Brittney Griner is very high profile.”

Tass, the state-run media in Russia, reported talks are underway. Forbes reported the Biden administration offered to trade Brittney for convicted arms dealer and “Merchant of Death” Viktor Bout, who is being held on a 25-year sentence in the U.S. for selling weapons to a Columbian terror group.

This administration may impress Cherelle Griner, but the talks are proceeding at a snail’s pace. In fact, Brittney Griner is now beginning her second hundred days in prison.