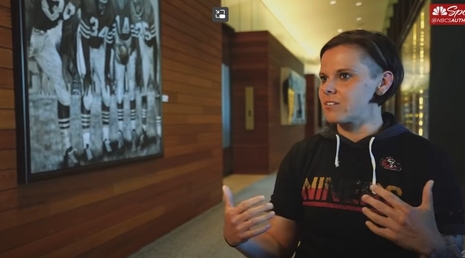 The National Football League’s Rooney Rule has been re-made into the “loony rule.” On Monday, the league mandated diversity Kool-Aid overdoses for each of its 32 teams. The mandate requires all of its teams to hire a minority offensive assistant coach for the 2022 season, as part of an effort to engineer greater diversity.

The offensive coach could be "a female or a member of an ethnic or racial minority," the league owners decreed. Drawing their pay from an NFL fund, the diversity hires “must work closely with the head coach and the offensive staff, with the goal of increasing minority participation in the pool of offensive coaches that eventually produces the most sought-after candidates for head-coaching positions,” ESPN’s Kevin Seifert reported.

The NFL and its critics concluded that its Rooney Rule just isn’t working. It’s a rule that requires teams with an opening for head coach or general manager to interview minorities. Since there are only five minority head coaches in the league right now, Commissioner Roger Goodell thought about scrapping Rooney. Instead, the league modified the rule with a heavy dose of wokeness.

The revised Rooney Rule should be labeled the anti-MLK rule. It goes against the grain of what the late Dr. Martin Luther King recommended for a color-blind society in which people are judged by the content of their character and not by skin color. Applying that to the NFL, it would hire coaches based on merit instead of mandating diversity just for diversity’s sake.

It's a recognition that at the moment, when you look at stepping stones for a head coach, they are the coordinator positions. We clearly have a trend where coaches are coming from the offensive side of the ball in recent years, and we clearly do not have as many minorities in the offensive coordinator [job].

Officially, the NFL added women to the language of the Rooney Rule at all levels, ESPN reported. “It will now read that women and/or people of color can satisfy the requirement to interview two external minorities for top positions, including head coach. Women are not required to be interviewed, but they are now included in the fulfillment process.”

Rooney noted there aren't many women in the pool in terms of head coach. Gee, ya think?

There are a few women assistant coaches in the NFL, including Katie Sowers (in above photo), who was the first female and lesbian coach making it to the Super Bowl with the 49ers. However, high schools and colleges do not field women’s football teams and there is no major women’s football league. There is no pipeline of women’s football coaches either. The NFL is trying to feminize the league in the name of idealistic diversity madness.

The bizarre changes to the loony Rooney Rule are just the latest in the NFL’s descent into nonsensical, woke madness. A few months ago, the male sports league released a video stating that football is gay, queer, lesbian and transgender.

Now that the league has exercised the power of a mandate, are stronger mandates ahead if a woman doesn’t eventually gain a head coaching job? One who is selected merely for her gender, from a non-existent women’s football pipeline, over a deserving male coaching candidate?