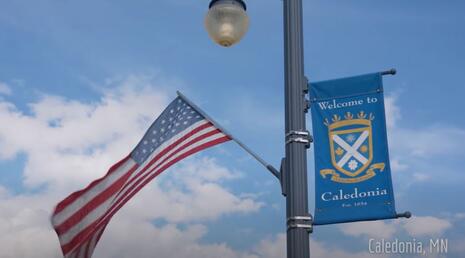 The proliferation of American professional sports leagues sucking up to communist China continued this week. Major League Baseball is closing the Miken Sports plant in Caledonia, Minnesota, and moving operations to China. On Wednesday, Republican congressmen responded by aiming a legislative beanball at MLB’s head.

Miken Sports employs more than 1,000 Americans (more than a third of Caledonia’s population) who produce bats, helmets, gloves, bags and apparel, earning $11 million in revenue. Now the town is losing most of its jobs to cheap labor in China, a country with a notorious reputation for slave labor and oppressing its citizens’ freedom.

Baseball is considered to be America’s national pastime, so it is completely outrageous that MLB has decided to shut down the Miken Sports plant in Caledonia and outsource American jobs to communist China – directly defying Major League Baseball’s position as an American sports league. Miken has been one of the largest employers in Caledonia (Minnesota) for decades, and this community will face major hardships and job losses due to this closure. We are urging MLB to reverse this decision, purchase products that are made in America, and work to keep these jobs at home. We must always ensure that American workers, families, and communities are treated fairly andcome first.

Additionally, Rep. Carter said Major League Baseball should be an “unquestionable supporter” of U.S. jobs. This un-American move is “incredibly disheartening,” and MLB needs to live up to its role as an American institution and “the duty that comes with it.”

U.S. Senator Tina Smith (D-Minn.) had, in July, also ripped into MLB for its outrageous decision, stating that in exchange for taxpayer-funded benefits and special exemptions, “Americans should be able to count on MLB to, at a minimum, (and) avoid being complicit in the offshoring of U.S. jobs to China.”

The National Basketball Association has also come under severe criticism for putting profits from Chinese business over human rights.

Caledonia is just 160 miles away from the field of dreams in Iowa, but unlike that feel-good town of Dyersville, Iowa, it’s fielding unemployment nightmares.

Thanks, MLB, for throwing the town of Caledonia out at the plate, and thanks for hitting a foul ball at the expense of American jobs. Job horribly done.