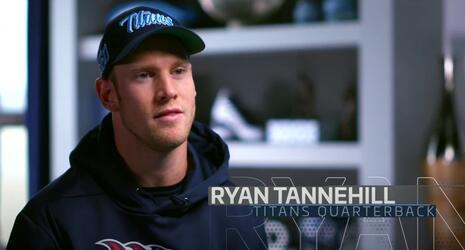 Though racism is ingrained in the very fabric of America, and police officers exist for the purpose of killing black people, Johnson was hopeful a year ago that America had finally changed for the better. Now, he’s disillusioned that police departments as police departments' continued, often well-funded, existence.

“For the first time in the history of America, it felt as if others – mostly white people – actually cared about the widespread oppression and racism that Black people are exposed to,” Johnson wrote of the immediate post-George Floyd era.

The NBA and WNBA were “at the forefront in the sports world of responses to the murder of Floyd and other black people last spring. The leagues put out statements and provided practical steps they were taking to address the myriad issues Black Americans face daily,” Johnson recalls. The NFL gave millions of dollars to the Players Coalition for economic empowerment.

White NFL quarterbacks Tom Brady and Ryan “I’ve lived my whole life as a privileged white” Tannehill (seen in above photo) started speaking social justice lingo. Baker Mayfield promised to kneel during the national anthem. Drew Brees “stumbled and recovered” after getting rebuked for daring to say “all lives matter.”

To Johnson, the 2020 response to Black people being killed by police “felt like a Christmas miracle and coming-to-Jesus moment wrapped up in one. Because this sort of response had never been seen before.” He could see the dismantling of white supremacy before his eyes.

These were “initial steps that white athletes have been called on to make for decades,” Johnson wrote, remembering that it didn’t go over well with sports fans who threatened to stop watching the players’ respective sports if they kept up their antics.

Since then, nationwide protests declined and blacks were left to fight alone against systemic oppression. Calls for defunding or abolishing the police fizzled out, and support for the  Black Lives Matter movement dropped dramatically from summer to fall.

That was bound to happen when news got out that BLM is Marxist (self-described), and that its founder owns four mansions. Not that Johnson wasted any ink on these not-so-small matters.

A year ago, pro sports venues were awash in BLM and social justice messages. As the months rolled by, however, it was back to the business of sports. “Police are still killing Black people,” Johnson complained. The police doubled down and used force to crack down on dissent. Leaders were afraid or unwilling to hold them accountable. Violence accelerated. Sports team owners who decried racial injustice and police brutality were donating to Republicans. Which is Johnson’s way of saying Republicans are racists.

“The death of Floyd was supposed to finally put white supremacy under the microscope, but like police, white supremacists became more emboldened in the ensuing months, culminating on Jan. 6,” Johnson charged. It was more proof that blacks are “systematically targeted by the state with no avenue of relief.”

“Racism is ingrained in the very fabric of America,” Johnson contends.

Johnson laments we were all “hoodwinked. Bamboozled. Led astray. America, and its rich and powerful, didn’t actually care about Black people when they put out statements and donated money.

“Twelve months later, and I no longer believe.”