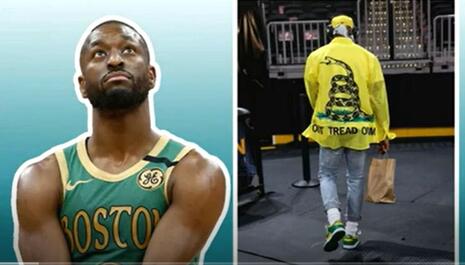 Massachusetts has gone a long way in the wrong direction since starting a fight for freedom with the British in the Revolutionary War. Boston Celtics point guard Kemba Walker found this out late last week, drawing the wrath of the Left for wearing a “Don’t Tread On Me” shirt. The politically incorrect photo has been declared racist and was quickly deleted by the team.

Mediate’s Brandon Contes portrayed the Gadsden flag message as originally “anti-British and pro-revolution,” but “recently corrupted.” The corrupters, he says, are “far-right groups.” Including those who stormed the U.S. Capitol Jan. 6 and by Charlottesville demonstrators in 2017. So no one is apparently allowed to use the phrase or display the flag now because it will set off the PC gestapo.

The Celtics posted a photo of Walker wearing the flag shirt on Twitter. Triggered leftists accustomed to social media diets of Black Lives Matter and SJW messages blew a gasket. So the team succumbed to mob rule and deleted the Tweet.

After the Celtics-Wizards NBA play-In game, Walker was “reportedly asked about the controversial jacket,” Contes wrote. Jared Weiss, a Celtics beat writer for The Athletic, reported Walker “pleaded ignorance regarding the flag’s meaning and claimed he liked the jacket’s colors.” 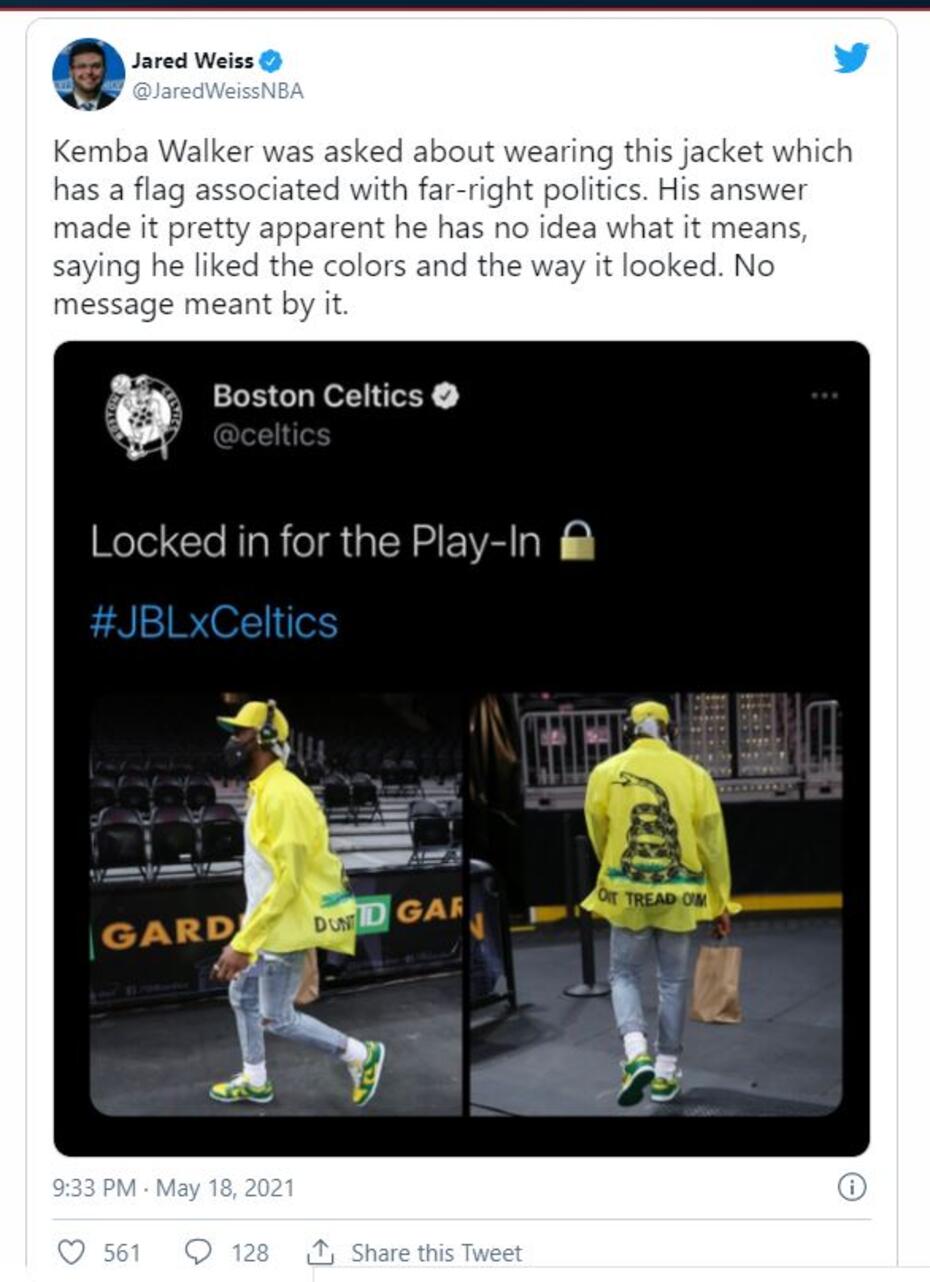 Shirt cop Contes recalled how triggering it was last summer when NBA star James Harden wore a “controversial” Blue Lives Matter face mask. Harden similarly said he wore the mask because he thought it looked cool and was unaware that he was portraying “any potential political message.” Make that “any potential political message” that deviated from the NBA’s dominant Black Lives Matter narrative.

Bobby Burack, a writer for the conservative blog Outkick, said, “I can assure you that if Walker had worn a jacket with far-left messaging that it wouldn’t have been deleted. It would’ve been retweeted, promoted, and praised. How do I know this? Because the NBA painted ‘Black Lives Matter’ on its court last season as its players wore ‘BLM’ gear as frequently as their uniforms.”

Boston is the site of the Boston Massacre and Boston Tea Party, where at the outset of the Revolutionary War, American patriots pledged to risk “our lives, our fortunes and our sacred honor” for freedom. Today, the freedom of speech in the NBASJW is sadly on life support. And so are the radical league’s relevance and popularity.