Senators Paul, Romney Stand Up Against Trans Athletes, Get Torched By SBNation Outsports 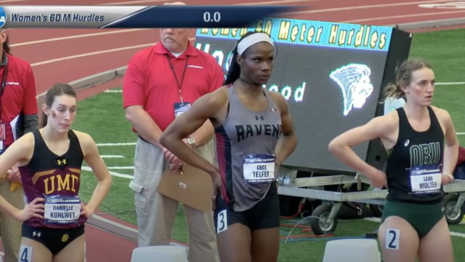 When U.S. Senators Rand Paul and Mitt Romney asked Dr. Miguel Cardona Friday if he will uphold the Office of Civil Rights’ past opposition to males competing in female sports, they were actually throwing a marginalized group under the bus. That’s the jaded opinion of SBNation Outsports LGBTQ apologist Ken Schultz, who accused the two Republicans of wading into the “mire of misgendering and transphobic soundbites.”

The occasion was a confirmation hearing for Dr. Cardona, who’s been nominated by the Biden Administration for the secretary of education post. Sen. Paul (Ky.-Rep) sought to find out his view of trans athletes in sports, which the Trump Administration previously opposed:

The two Republicans are considered the unenlightened radicals, the children in the room who should “go color,” while Dr. Cardona is considered the reasonable person for admitting he is committed to gender bending in sports. Responding to Sen. Paul, Cardona said:

“I think it’s critically important that education systems and educators respect the rights of all students, including students who are transgender, and that they are afforded the opportunities that every other student has to participate in extracurricular activities.”

Schultz criticized Sen. Paul for not being able to “make it through one sentence (and that’s being very generous with the term) without misgendering an entire community twice.”

Sen. Paul “began playing the greatest hits of Martina (Navratilova, the former tennis great who once called trans athletes “cheats”) and the TERFs, spouting out talking points like ‘destroy girls’ athletics,’ ‘they don’t get college scholarships,’ and ‘hulking six-foot-four guys wrestling against girls.’ The proceedings transformed into less of a Senate hearing and more of a jukebox of bullshit,” Schultz wrote. Note the photo above of Cece Telfer (center), the tall male towering over female competitors and the 2019 winner of a national sprinting championship in women’s track and field.

Continuing the attack on two people who realize gender is immutable, Schultz said the two extremely powerful leaders are “cynically singling out members of our community to score cheap points. They also serve to turn people who haven’t researched this issue against a group that is already marginalized, othered and attacked way too frequently as it is.”

It's not about politics or ideological disagreements either, Schultz claims. It is about two senators “going all-in on punching down. It’s one bit of political theater that should have closed during previews.”

Schultz also said that, “If trans athletes are such a threat to the core of Paul’s world, maybe he can form his own barnstorming team called The Parasites.”

In an executive order last month, President Joe Biden directed federal agencies to enforce a 2020 U.S. Supreme Court decision that “expanded the definition of sex discrimination to include discrimination based on sexual orientation as well as gender identity – with language that explicitly referenced the arena of high school and college sports.”