'The Arena': One Long Hour of Social Justice Agitation with Backdrop of Basketball 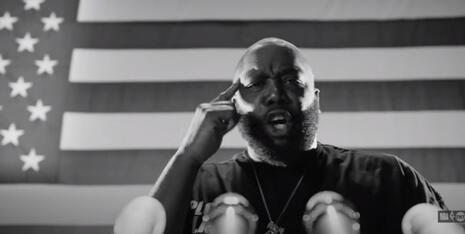 TNT and Bleacher Report supplied the television platform Monday night, Jemele Hill, Killer Mike, Gregg Popovich and others provided the fireworks on The Arena, a forum for social justice agitation in a basketball setting. It was the first of five consecutive nights of this social justice extravaganza, which continues through Friday.

Killer Mike Render, a rapper and actor (seen in photo above), led off the show with a fiery video message. He said, in short, "Black people in this country have suffered enough. Racism in America will no longer be accepted or tolerated. Our heroes and ancestors have died fighting for social justice and equality, and we must carry on that fight. We are no longer enslaved. We are free and must make change now."

Render told black Americans to refuse to sit back and watch their community suffer from lack of resources, poverty and poor education. As members of this community, they will "not sit back and watch our mothers, fathers, sons and daughters be viciously murdered in the street by corrupt law enforcement or for jogging in a white neighborhood. We will not stand for this, whole world is watching black people, let your voices be heard. We as a people will not take this any more.

"America, you will show us the respect we deserve," Render continued. "We will be treated as equal citizens regardless of our skin color. You will not continue to steal our culture for profit while not acknowledging our achievements and contribution. ..."

Render told blacks their lives matter, they must vote, strategize and mobilize. They will fight until justice is served. "All power to the people!"

Hostess Cari Champion, an ESPN SportsCenter anchor, affirmed Killer Mike's rant and then engaged with retired NBA player Dwyane Wade, who complained about Nick Cannon succumbing to cancel culture. Cannon was an MTV host who was recently fired by ViacomCBS for making anti-white and anti-Semitic remarks:

"... I will support another black man that in America get thrown away all the time. And Nick Cannon has been an unbelievable role model for us. We've watched this guy grow up for many years. We've all made mistakes and Nick came out in his own tweets and talked about that once he got his education from rabbis and people in Jewish community - like I have as well. So, that was my support and that was my tweet but I don't support hate."

"The Arena" paid a video tribute to the late Rep. John Lewis, who urged blacks to "Get in every streets, every city, let true freedom come. We are tired of being beaten by policemen, tired of seeing our people locked up in jail over and over again and then you holler 'be patient.' How long can we be patient? We want our freedom and we want it now. ..."

Jemele Hill was next up in this SJW lineup. An African American writer for The Atlantic magazine, she said the pandemic has been compounded by an "unprecedented level of racial conversations" about police violence, institutional racism and systemic oppression. Now humanity is "at stake" for herself and her people. Without the distraction of sports "we have no choice but to sit here and reflect."

Popovich, the white coach of the NBA's San Antonio Spurs, came on next to fire a few salvos for social justice. He said it's the responsibility of white people to understand what life is like for the black population, and the NBA must keep the race mantra going.

Champion agreed and praised "Pop" for owning up to his own white privilege, prompting him to launch into an attack on Laura Ingraham of Fox News and white folks:

"We're all in a sense clueless to things that don't really affect us. I give you -- don't want to get too political, but -- sure I do, but this is a great example of cluelessness. This happened to be Laura Ingraham, the lady who told Lebron (James) to just shut up and dribble. ... All of a sudden it became political and nobody's paying attention to it, all of a sudden all the statues had to come down but nobody was paying any attention to it. Think about that statement, I don't know if she meant harm or not or trying to inflame or not, but it's a clueless comment by a white person because the white people probably didn't pay any attention to it because it didn't affect them when they walked by confederate statues every day. ..."

Wowed, Champion declared, ”We must protect Gregg Popovich at all costs, signed the culture."

Before the hour ended, "The Arena" displayed video captions stating: "The truth is racism is everywhere ... the truth is we need to do better and be better ... Let us be perfectly clear: black lives matter." And Hill asked, "Will we stick to sports or can we figure out a way to balance our love for the NBA with our desire to help this nation finally fulfill its promise?" 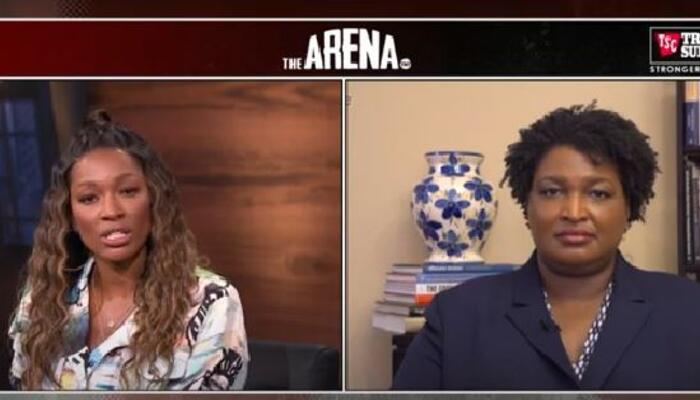 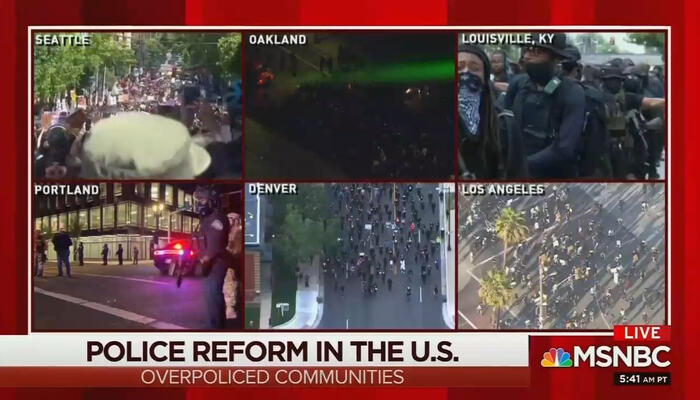 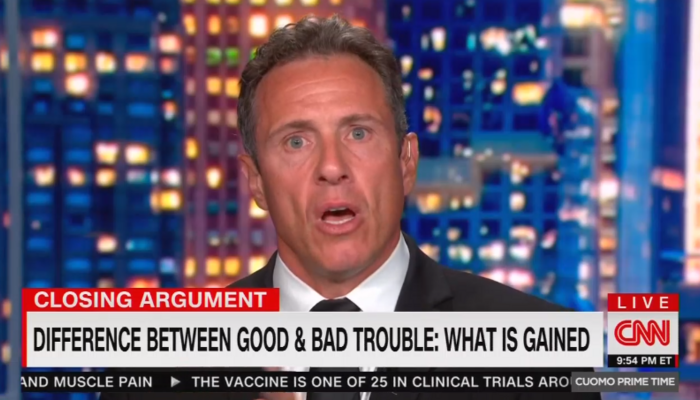 Cuomo: If You’re Focused on the Violence, You Do It for a ‘Bad Reason’ 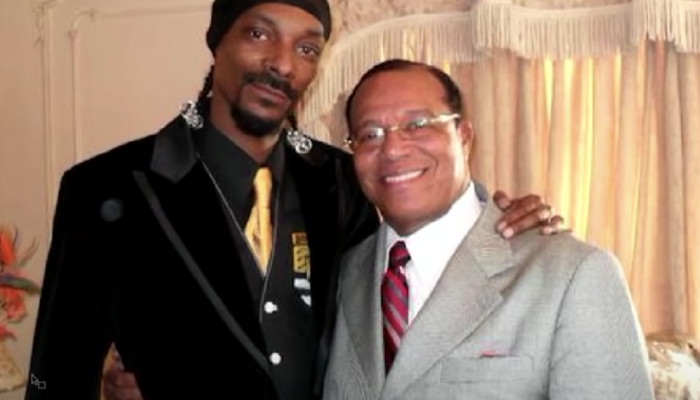 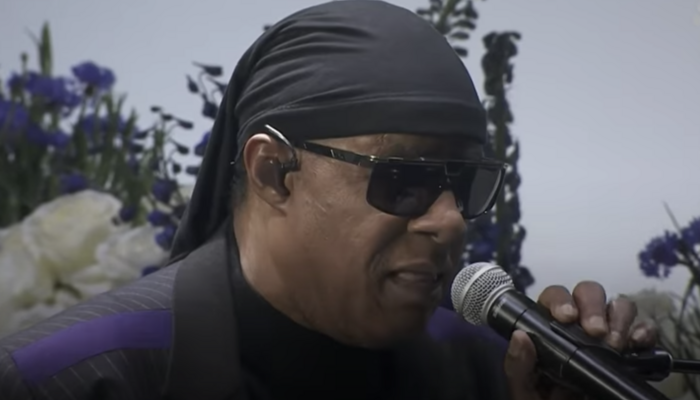 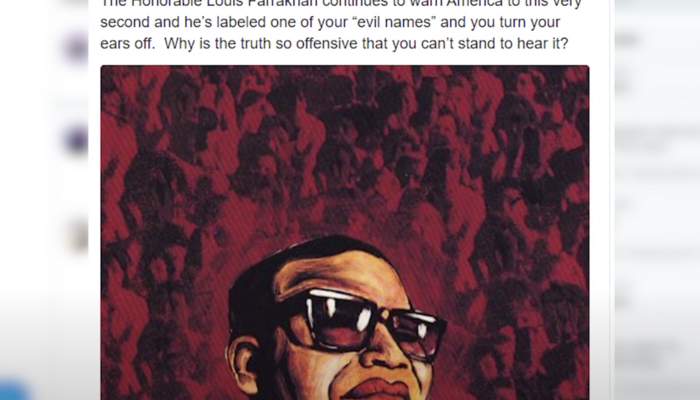 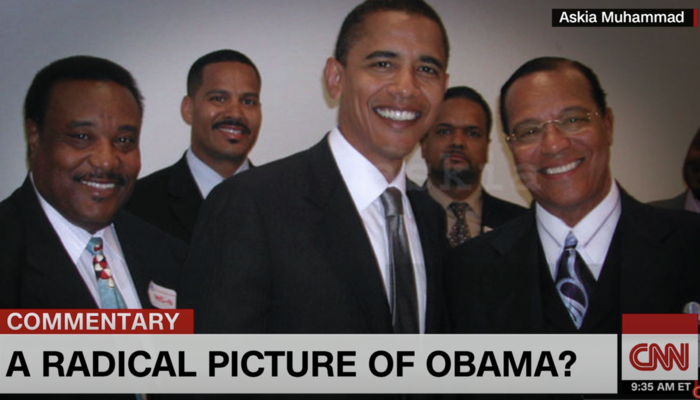 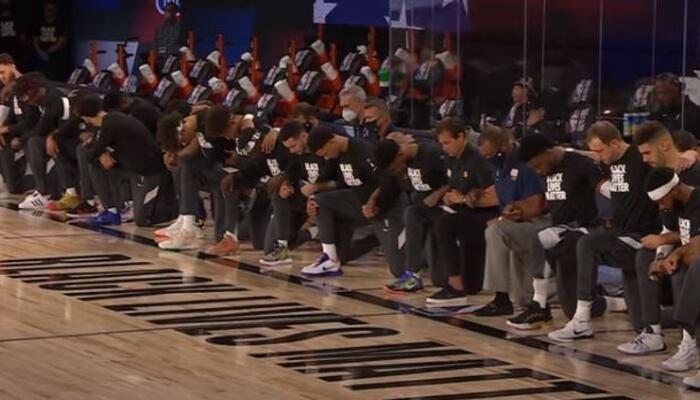 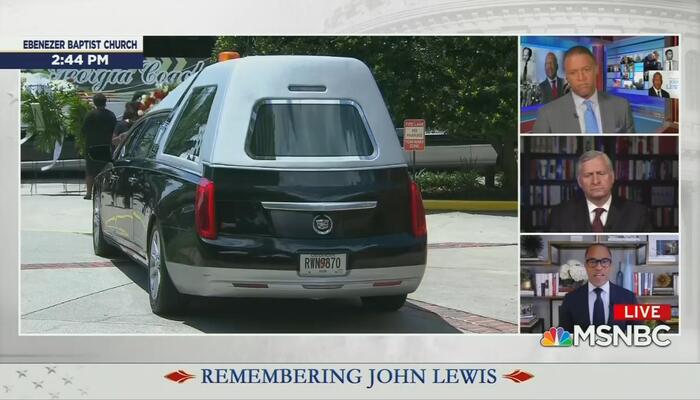 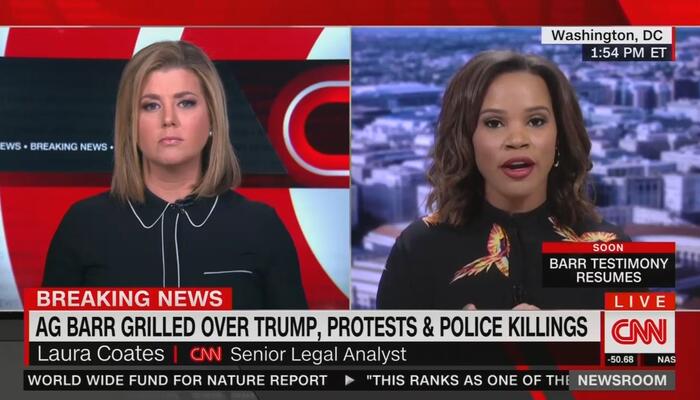 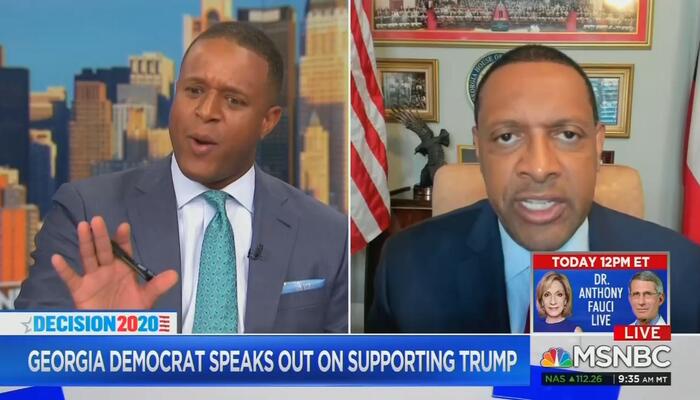