It’s one thing to argue that women have a “right” to an abortion but it’s an altogether different thing for your local government to promulgate an official day dedicated to joyous celebration of the work done by abortion doctors. 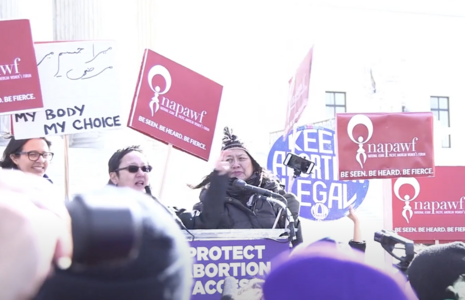 In recent weeks the city council of Alexandria announced proposed an “Abortion Providers Appreciation Day” for the Northern Virginia town that would be held on March 10, 2022. Thankfully because normal Alexandria residents aren’t as woke or callous as their city council members, they were able to petition and cancel the event.

The Daily Wire reported on the inception of this disturbing city event, writing on March 4 that “the Alexandria City Council will consider a proposed proclamation on March 8 that calls on Alexandria residents to” recognize the Abortion Provider Appreciation day.

An email from Alexandria Mayor Justin Wilson obtained by the outlet describes the proposed event as a day on which which locals can “celebrate the courage, compassion, and the high-quality care that abortion providers and clinic staff provide.”

The mayor’s email claimed that the event would be held in part as a remembrance for the death of infamous abortionist David Gunn, who was murdered in 1993. Wilson wrote that it is “part of a national effort, timed to occur 29 years after the date of the murder of an OB-GYN in Florida, who was murdered for providing legal and safe healthcare services.”

However, local leaders, particularly Catholic ones, were disturbed by the announcement and called on the city council to terminate the event. Diocese of Arlington Bishop Michael Burbidge put out a statement concerning the proposed day, in which he said, “violence of every kind must be condemned -- and abortion is a direct, violent attack on human life. Proposing a celebration of abortion and an ‘appreciation day’ for those who destroy lives defies comprehension.”

The bishop called on the city to end the event and called on local residents to “express their opposition to this proclamation.”

Even Virginia Governor Youngkin decried the city council’s ambitions. WMAL.com reported that the governor stated he was “sad and disappointed” that the event was considered.

The pro-life community made enough noise that the event was cancelled. WMAL.com reported on March 7, “after intense backlash from pro-life activists, Alexandria Mayor said: ‘This proclamation has now been pulled from the agenda on Tuesday at my request’ in an email obtained by the Daily Wire.”

Thank goodness that this grisly and horrific event was shut down by Americans of good conscience. We all need to speak up in our communities like this in the future to keep our communities from the hands of the radical left.