So the peppy lady from those AT&T commercials just came out and claimed that the abortion from her past was a pleasant experience. Ah it’s just another day ending in y, isn’t it? 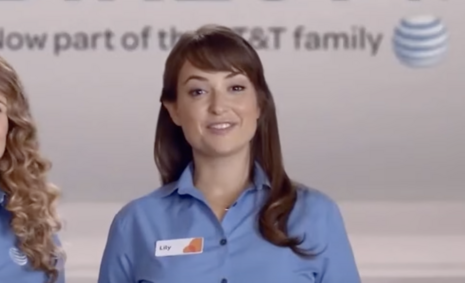 Actress Milana Vayntrub, whom you’d probably recognize from those insipid AT&T commercials, recently penned a column in The Daily Beast for the sake of explaining just how important her abortion was to her.

Not only did Vayntrub talk about the necessity of a woman’s right to murder her own offspring, she also spoke of it in very pleasant terms, calling it a “beautifully boring” experience. Unfortunately for her son/daughter, it was definitely the opposite kind of experience.

“For so many reasons, I am grateful for the beautifully boring abortion I had and the essential health care I received,” Vayntrub wrote.

Oh yeah, so it was so peaceful and so convenient to the point of being a pleasurable experience?

Yes do please keep telling yourself that your abortion was nice. Perhaps then you’ll forget it might be one of the worst things you have done.

Vayntrub, who also had a role in the NBC TV drama, This Is Us, wrote the op-ed for the progressive rag in order to raise the alarm that pro-life activists are trying to arrest the killing of these innocent children by abortion. She wrote, “This is not a drill, people. All of us with a uterus may soon be stripped of the constitutional right to an abortion.” Geez with the drama.

She then claimed, “My life as I know it, and motherhood as I know it, was shaped by my right to make choices about my own body. In that way, my birth story is inseparable from my abortion story.” So her life and your “motherhood” is shaped by the freedom to kill her young?

I don’t know. That sounds like a serious abdication of motherhood.

Anyways, Vayntrub explained that, like many other aspiring female stars early in their careers, she had to get abortion to stay on the showbiz track. “Ten years ago, I was pregnant for the first time. I was living in an apartment I could barely afford with my first boyfriend out of college. We were doing whatever it took to get by,” she said, explaining that she was trying to start on the  improv comedy scene at the time.

The actress explained that one day she missed her birth control and lo and behold she got pregnant. Though Vayntrub clarified that she never once agonized over the choice to get an abortion. She said she knew “immediately” she had to do it.

“I immediately knew the right thing to do was to have an abortion. There was no handwringing, no confusion, no sleepless nights. I’ve always had a strong moral compass.” Though in what universe is having an abortion is a moral good?

This is some insane stuff. She declared, “My compass pointed very clearly in the direction of not bringing a child into the world that I did not want and could not care for.”

How great for her to decide that for her child. Was her prestigious commercial career worth it really worth the abortion?