Woke Is Kryptonite for Superman Readers 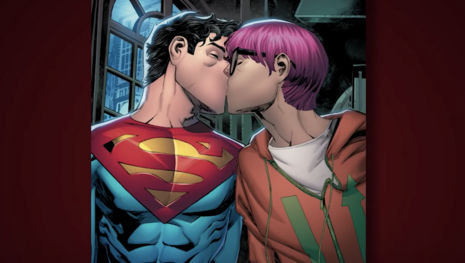 Perhaps not all is lost. The decline of woke comic book sales is a hopeful omen that the progressive utopia will not be achieved.

According to nerd culture outlet BoundingIntoComics.com, DC Comics’ recent attempts to turn beloved character Superman into a progressive pansy who’s too ashamed to fight for truth, justice and the American way (it’s now “truth, justice and a better tomorrow”), are flatlining, at least according to 2021 sales comic books sales data. Woke Superman is not a hot ticket item.

ICv2.com, a comic book sales tracking website, revealed that the new flagship Superman series – in which Kal-el’s bisexual son has taken up the mantle of the caped crusader – didn’t even crack the top five comic book category for last November. It placed sixth.

But if that sounds like a subpar performance for a flagship comic based on the most popular superhero in history, the December sales for Son of Kal-El were so much worse. According to the website, that month’s issue, “Superman: Son of Kal-El 2021 Annual #1,” didn’t even make it into the top 50 comic book range for December 21 in terms of units sold.

Just to put it into perspective, the new Superman doesn’t even sell as well at Batgirl, Spawn and Moon Knight. Who the heck is Moon Knight?

According to another comic book sales tracker, Comichron, Son of Kal-el has been tanking since it’s debut last July. The website reported that the debut only sold 68,000 copies. When compared to the previous Superman comic reboot in 2018 – which sold around 133,000 copies – that’s pathetic.

And that’s not even the worst month. The comic book’s sales in September, as recorded by Comichron, were only 34,000 units!

Of course, let’s remind ourselves why America’s greatest superhero is quickly becoming irrelevant. Again, they made Kal-El, a hero Americans have loved for decades, step down for his millennial son. Yeah so now we’re privy to stories about Superboy having to leave his avocado toast behind in order to save the day, or perhaps we’ll have to suffer reading about him taking a “self-care” day, while the world burns.

Hey, no one should complain about that. Enough with the mental health stigma, guys!

They also made him bisexual. Within the first five editions of this new “flagship” DC series, the new Superman is dating a male reporter. Zip! Bang! Crash! What an exciting development!

What’s more is that a recent teaser for an upcoming issue of the new Superman showed that the character will battle his most nefarious arch-nemesis yet … climate change! *GASP*

Get the globalist BS outta here. The only thing gay Superman is fighting for is the deepest, darkest corner of the local used bookstore’s free book bin.