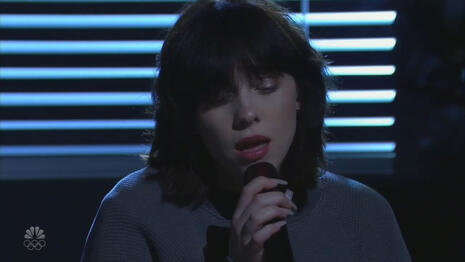 Well of course mainstream music stars can’t go around spouting conservative opinions without other media members rushing to correct them. After pop superstar Billie Eilish spoke out against pornography as she should, far left rags like Slate.com had to correct her.

We’re sorry, Ms. Burke, but sex work, or prostitution as it has been typically referred to throughout time, is in no need of defense, and if you hate these groups because they want prostitution to end, it seems you're revealing your own twisted perceptions of the meaning and importance of sex.

She wrote, “Anti-porn groups do not leave room for an empathetic view toward those who choose to engage in sex work or to produce sexually explicit material, or the idea that pornography can be consumed by adults responsibly.”

Um, well Christians are called to empathy towards sex workers as far as praying for them and hoping they find a better, less immoral job, but does empathy mean groups need to condone a pornographic profession that does ensnare innocent kids like Eilish and also brutalizes an act meant only for the confines of a loving marriage? C'mon.

But that’s the left’s MO: accuse conservatives of showing hatred for people when they’re really only condemning the actions of the person. It’s a nice way of trying to get people to back off in the face of immoral things that people want to happen.

Burke, your degeneracy is showing.