It’s great news for Planned Parenthood’s aftermarket baby parts business, but horrendous news for babies and human decency. The Biden-Harris administration is rolling back restrictions on using aborted fetal tissue in our government’s scientific research, and the reaction from pro-lifers was swift and damning. 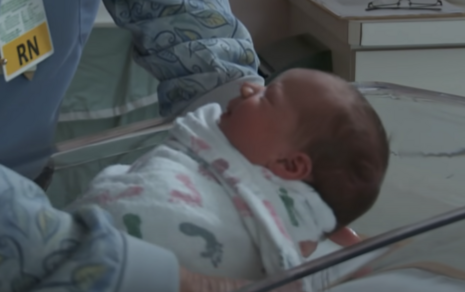 At the behest of the Trump administration in 2019, the HHS established restrictions on the National Institute of Health stopping it from “providing money for fetal tissue research by scientists who are government employees,” wrote the Washington Post. In addition the restrictions included establishing an “Ethics Advisory Board (EAB) to review all new and renewable requests for research using tissue from elective abortions.”

But of course, with the blessing of the Biden administration, new HHS secretary and radical pro-abort bureaucrat Xavier Becerra made the call to do away with all those restrictions on April 16. CBNNews.com reported that because of Becerra’s decision, “government scientists now will be able to resume research that uses tissue from elective abortions.” Also, “scientists at universities also can now apply for federal grants without getting approval from a special ethics panel for any such work.”

For sensible folks not OK with the mad scientist antics of a government led by someone who the media consider a “devout Catholic” (oh the irony), the devolution to once-again relying on the research is “sickening.” Pro life leaders like Susan B. Anthony List President Marjorie Dannefenlser, Family Research Council President Tony Perkins and March for Life Action President Tom McClusky railed against the decision in the most appropriate terms possible.

They called it “grotesque” and a “gross violation of human dignity.”

March For Life Action President Tom McClusky slammed HHS’ reversal as “gross” and unpopular. In a statement he wrote, “this type of experimental research is a gross violation of human dignity and is not where the majority of Americans want their tax dollars being spent."

It’s true. While most Americans want abortion to remain legal unfortunately, a recent Marist/PBS polls indicates that most Americans want the procedure to at be be restricted. Perhaps most would find unlimited experiments involving human fetal parts sickening as well.

Marjorie Dannenfelser, President of Susan B. Anthony List, described this grotesque bureaucratic decision in a statement, saying, “Biden and Harris, working hand-in-glove with radical appointees like Xavier Becerra, are moving rapidly to pay back their abortion industry allies and wipe out pro-life progress made under the Trump-Pence administration.” She added, “Now they would force Americans to be complicit in barbaric experiments using body parts harvested from innocent children killed in abortions, with no limits of any kind.”

Dr. Tara Sander Lee, Senior Fellow and Director of Life Sciences at Charlotte Lozier Institute told The New York Times that the Biden administration’s decision “defies both the best ethics and most promising science,” adding that it’s “unnecessary and grotesque.”

Backing up that claim, she stated, “There are superior and ethical alternatives available such as adult stem cell models being used by countless scientists worldwide to develop and produce advanced medicines treating patients now, without exploitation of any innocent life.”

Family Research Council President Tony Perkins expressed the same sentiment, calling the decision “barbaric” and needless because of the existence of “ethical and effective alternatives.” But that’s just the Biden administration for you: incompetent and barbaric, and all for what?