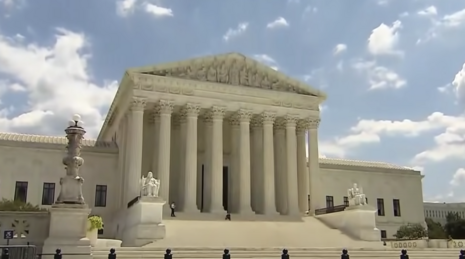 According to LifeNews.com, the conservative majority in the Supreme Court upheld an FDA rule which prevented women from acquiring dangerous abortion drugs in the mail without an in-person consultation with a physician first. Of course, keeping one more safeguard in between a woman and total convenience in killing her unborn baby is an extreme necessity that will save many unborn lives, and the heath and lives of at-risk, naive mothers.

According to the outlet, the Trump administration appealed the ruling of a Maryland U.S. District judge who “suspended a U.S. Food and Drug Administration safety rule for the abortion drug mifepristone after pro-abortion groups sued.” Last July, these pro-abort groups convinced Judge Theodore Chuang that the requirement of women to see a physician before requesting abortifacient drugs put them in danger of contracting the coronavirus.

The outlet wrote that said groups argued that the “FDA should halt its requirement that the drug be provided in person because it would protect women from potential exposure to the coronavirus at an abortion facility.”

Soon after, the Trump administration appealed the judge’s ruling, arguing that “it would be safer for women to see a doctor first because the drug can kill or inure women in certain medical situations.”

In the United States, mifepristone has been linked to at least 24 women’s deaths and 4,000 serious complications. Risks of mifepristone and misoprostol, the most common abortion drugs taken together to abort and then expel an unborn baby from the womb, include excessive bleeding, severe abdominal pain, infection and hemorrhage.

Pro-life advocacy group, Susan B. Anthony List praised SCOTUS’ decision as “a major pro-life victory.” They explained the importance of the case over Twitter, stating, “Planned Parenthood and the abortion lobby even sought to exploit the #COVID 19 pandemic to push abortion by mail, promoting DIY abortion at home, upping the risk of serious complications.” 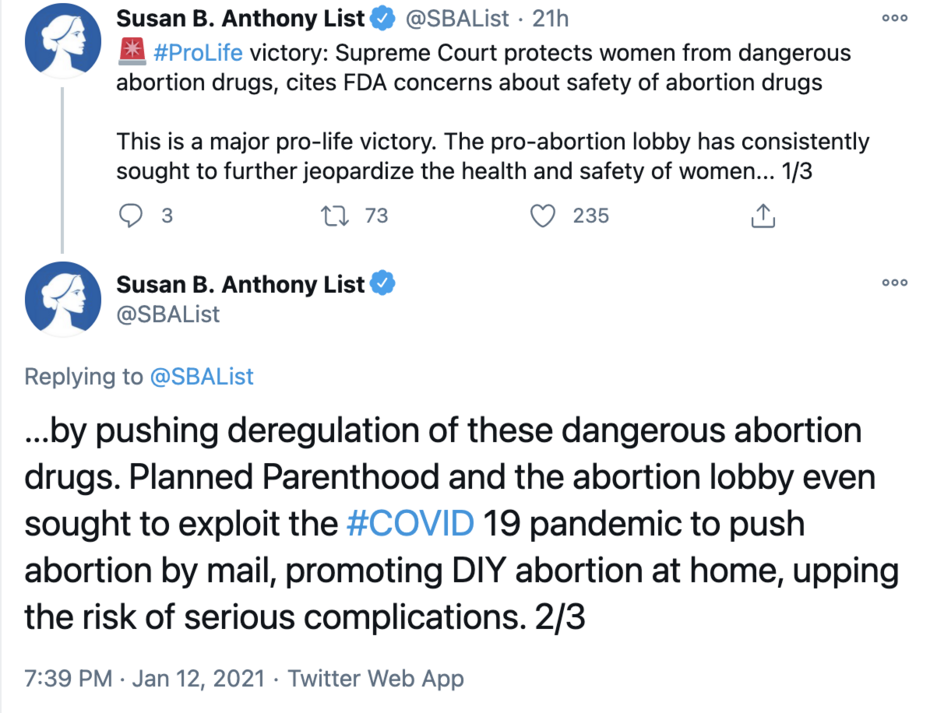 Live Action founder Lila Rose called the Supreme Court ruling “a small but positive step,” on social media. She also asserted, “NO abortion should be permitted by law, whether at home or in clinic.”

Students for Life of America declared “VICTORY!!!” on January 12, and elaborated that the de-regulation of “chemical abortion” -- which the Trump administration appealed -- “is dangerous for women and deadly for pre-born human being in the womb.”

With pro-abort Democrats acquiring more governmental power in this last election, Trump’s commitment to protecting unborn children will play a crucial role in beating back assaults against the most vulnerable among us. Perhaps these little pro-life victories will help us get through the darkness of a Biden-Harris administration.