The left is so unhinged in their hatred and fear of President Donald Trump that they’re flat out publicly dehumanizing anyone who would dare try to get him back in office for another four years. 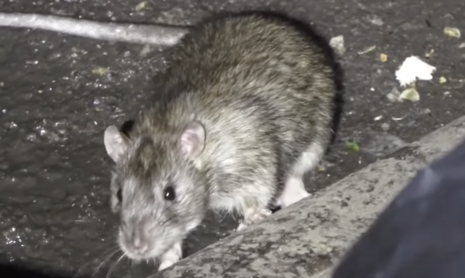 According to Washington Post cartoonist Ann Telnaes and her latest hate-filled artwork for the D.C.-based rag, Republicans who have publicly supported Trump’s legal fight to challenge Joe Biden’s presidential victory, despite how fishy that victory may be, are sneaky, evil rats.

Oh yeah, these republicans are sneaking and scurrying around, trying to overturn what powerful establishment dems have ordained. And if we’re to take the allegory to its final conclusion, what does one do about a rat problem? Well, you know.

With her latest artistic creation, Telnaes portrayed each of the Republican lawmakers that endorsed Texas’ lawsuit against voting irregularities in the 2020 election as hideous, scheming rats. It’s quite a shocking image. A whole page of the Washington Post was dedicated to this shocking insult, called “All the Republican Rats.” Though insult is too light a term for the work, as it’s a dehumanizing piece of illustrated libel that should get Telnaes tossed from any polite establishment.

But again, this is The Washington Post we are talking about …

In the abhorrent cartoon, the name of each and every Republican Attorney General and U.S. congressman who signed on to the Texas lawsuit to defend Trump’s claims of a fraudulent election was scribbled next to a drawing of a nefarious-looking rodent.

In the sub header for the editorial cartoon, Telnaes explained her image, stating, “All of the state attorneys general and U.S. Congress members who collaborated with President Trump in his attempt to subvert the Constitution and stay in office.” Right, and regardless of whether the election will be seen as fraudulent when all is said and done, claiming Trump as assailing the constitution with his campaign when he’s been using the U.S. judicial system as his vehicle to overturn the election is ridiculously stupid.

Well of course it is, though we should assume Telnaes isn’t stupid. Calling it unconstitutional is a convenient way for her call to call Trump and his supporters usurpers and go from there to calling them conniving rats, and then perhaps endorse even worse than that.

Sadly none of this is surprising from this cartoon-scribbling fascist hack. Telnaes resorted to this same partisan wickedness before by depicting Sen. Ted Cruz’s (R-TX) children as monkeys in 2015. Though “All the Republicans rats” is truly her seminal moment of artistic hatred.

And, as some have pointed out, the cartoon can be seen as blatantly anti-Semitic, so there's that too. Of course, that's anything but surprising for someone as openly partisan and hateful as Telnaes.