According to actor Vince Vaughn, it’s no one’s business who he talks to, especially not the rabid lefty tweet mob’s. 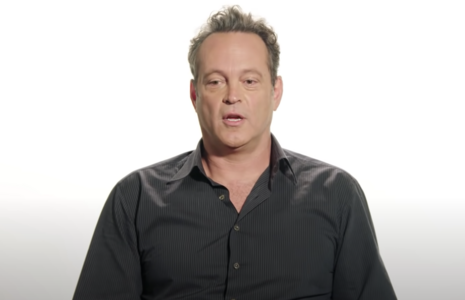 During an interview with The L.A. Times on November 14, the Dodgeball and Wedding Crashers star continued to defend himself for a cordial meeting he had with President Donald Trump and his wife Melania at the beginning of this year. A video of the actor and the first couple together generated severe backlash on Twitter when it dropped online, but in the time since, Vaughn indicated he has no regrets for having a friendly conversation with the Trumps.

Vaughn told the paper he thought the initial reaction to the video was ridiculous and that the whole idea of “cancel culture” -- the phenomenon by which someone’s reputation is destroyed by a zealous online mob with a political vendetta -- is foreign to him and his idea of being an American.

The actor claimed that he had been instilled “with the idea that you could have different likes and beliefs and you should respect and defend that in other people, not shout it down.”

“In my career I’ve met a lot of politicians who I’ve always been cordial to; I’ve met Nancy Pelosi and was cordial to her as well,” he affirmed.”

Despite the Twitter mob’s paranoid delusion of Vaughn sharing a hi-five with the president over how many kids he has caged at the southern border, the actor maintained that his controversial meeting with Trump didn’t even involve politics in the first place.  “It was the only time I’ve ever met him. We said hello. He was very personable. I didn’t get into policies.”

Like that matters for the left. For them, association with Trump in any way, shape or form amounts to tacit complicity in atrocities not seen since the age of Hitler or Stalin. And for Vaughn to call Cheeto Hitler “personable?” Consider Dodgeball unwatchable now.

Vaughn remarked on the kind of energy and dedication required to hate someone for extending a hello to a fellow human being. “I think people are more charged than ever about these things,” Vaughn mused, though he asserted he believes the people angry over this sort of thing are a loud minority.

“But I don’t think most people take that stuff as seriously as the small percentage that’s making noise about it.”

The video, which is now almost a year old, was seized by lefties on Twitter immediately after being posted online. One user, former Daily Beast contributor Timothy Burke, quote tweeted the video of Vaughn and the Trumps with the caption, “I'm very sorry to have to share this video with you. All of it, every part of it.”

I'm very sorry to have to share this video with you. All of it, every part of it. pic.twitter.com/ELMbDHZbZq

Despite all the backlash Vaughn still receives for the interaction, he told the outlet that he believes being an American entails defending the free speech of “people you disagree with the most.”

Well that makes him a bigger man than literally everyone on the left right now.