John Legend Lectures Mark Cuban on Giving to the Poor: We NEED Government Not ‘Charity’ 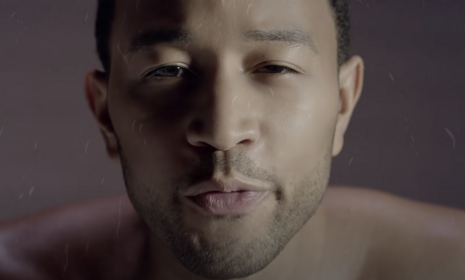 However, these same lefties who decry our collective spitting on the poor are willing to do the same thing when it's in their best political interest. Radical idiot entertainer John Legend actually admonished Mark Cuban the other day after the billionaire businessman advised his followers to give to the poor instead of donating to a partisan political cause. Legend actually told Cuban that the poor can wait.

Wow, who would have thought?

Now that an upcoming U.S. Senate election in the state of Georgia will decide whether there’s a Democratic majority in the U.S. Senate, the left is supremely focused on winning. After all, a Dem Senate combined with the executive power of a President Joe Biden and a Dem House majority could change the whole country. Packing the Supreme Court is inevitable in a situation like that.

So, of course, Legend has been salivating over the idea of one party rule. It’s so close he can taste it and heaven forbid anyone tell the left to ease off the gas pedal.

Billionaire entrepreneur and Dallas Mavericks owner Mark Cuban offered the idea that people relax and make contributions to charities rather than dumping more money into the political machine. He tweeted on November 12, “For those considering donating to Reps or Dems in the Georgia Senate run-offs, can you please re-consider and donate that money to your local foodbank and organizations that can help those without food or shelter?”

Cuban added, “Lets put Americans in need above Politics.” Oh, that’s cute, the deranged left is too power mad for that. The “All of Me” singer swooped in to lecture Cuban that this wasn’t the time for giving to the needy.

Legend tweeted, “I get that politics is annoying and contentious, but the bottom line is that the Senate flipping would be far more impactful than a food bank donation.” Oh yes, only with Legend’s radical friends in power can the poor actually be saved. What an ego trip.

The singer then made the dangerous claim that ONLY government can handle the poor, saying, “We need massive stimulus and aid to individuals and small businesses. Government needs to do this. Charity isn’t sufficient.” Wow, that’s quite the claim. Only the government can save us, and an individual can’t be trusted to help his fellow man of his own free will.

But you sure know that Legend and co. would scream to high heaven about Republicans passing anti-abortion legislation, for example, because it would harm the poor woman of color on the street who can’t afford “reproductive” healthcare. What about their needs?

It’s not about the poor for the left. It’s about power. Maybe once they get in they might be able to scrape off a few crumbs for the little guy. Let’s just take their word for it. Why not?