The death of SCOTUS justice Ruth Bader Ginsburg was so traumatic for the left that some of them are becoming full-blown satanists. It seems selling their souls is the only option now. 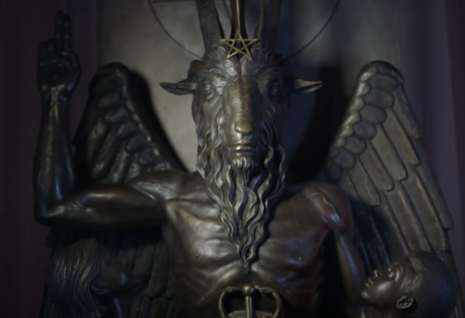 Huffington Post promoted a personal piece from one female attorney on September 24 detailing her switch from liberal suburban mom to member of the Satanic Temple that happened due to the loss of activist Supreme Court Judge Ruth Bader Ginsburg over the weekend. Jamie Smith wrote, “I am not the type of person who would normally consider becoming a Satanist, but these are not normal times.”

Smith, who describes herself as a “40-something attorney and mother who lives in a quiet neighborhood with a yard and a garage full of scooters and soccer balls,” just couldn’t take it anymore, apparently. The thought of a conservative majority SCOTUS and the nightmare of an end to Roe V. Wade terrified her immensely, so much so that she was willing to embrace the devil himself. She stated, “When Justice Ginsburg died, I knew immediately that action was needed on a scale we have not seen before.”

Talk about being obsessed with politics. Even though Smith mentioned her idyllic life in her suburban home with her kids, she has been so caught up in the story of a radical leftist, activist judge who symbolizes abortion rights and sticking it to President Trump, that she’s willing to break as bad as she can.

Imagine all the souls in Hell thinking the joke’s on God because He doesn’t get to keep their company.

“Our democracy has become so fragile that the loss of one of the last guardians of common sense and decency in government less than two months before a pivotal election has put our civil and reproductive rights in danger like never before,” she wrote, and declared, “And, so, I have turned to Satanism.” Wow, that’s so impressive. Imagine telling your daughter about your family’s pivot from Jesus to the devil because some orange guy in a suit made it harder for women to kill little girls just like her.

Smith kept rationalizing going down the dark path, writing, “Roe v. Wade is in imminent danger of being overturned not based on legal arguments or scientific reasoning, but because of religious objections to what is a safe and necessary procedure for the women who seek it out after discussion with their physician.” Yeah, yeah, lefty politics –ahem– science. Though, academic biologists don't agree with her assertions. A 2018 University of Chicago survey showed that "overall, 95% of all biologists affirmed the biological view that a human's life begins at fertilization."

She also fretted over the fact that Ginsburg's replacement will be “vehemently anti-choice” and then referred to one of the leading SCOTUS nomination contenders’ Catholic faith as a “sect.” That's cute.

Even dumber was that Smith argued that with the passing of Ginsburg, SCOTUS will be even more under the thumb of religious extremists at the expense of the Constitution. "There is a real chance that the Supreme Court will be lost for a generation or more to justices appointed for their religious beliefs rather than a deep understanding of the Constitution or a desire for justice to be carried out on an impartial basis," she added, as if protecting unborn children's right to life is some sort of religious orthodoxy, and not something done in the spirit of promoting "life, liberty, and the pursuit of happiness."

Also, a far lefty talking about protecting the Constitution or caring about impartiality? Don't make us laugh.