Surprisingly, not everyone involved in the Harry Potter cinematic universe is upset with J.K. Rowling and her refusal to accept each and every PC dogma pushed by trans activists. 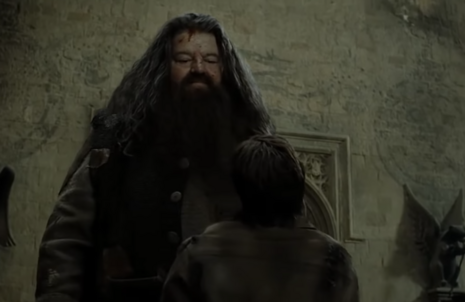 Robbie Coltrane, the actor behind the fantasy series’ lovable 12-foot-tall school groundskeeper named Hagrid, called out the legions of Twitter whiners who have been harassing the British author for her un-woke positions on sexuality for the past year.

In an interview with Radio Times that was reported on by Insider, Coltrane defended Rowling from accusations of transphobia. Rolwing has been accused of being a bigot for some time now for her stance that trans activism is harmful to women.

Not only have overzealous, LGBTQ-brainwashed Twitter activists harassed her since her initial “transphobic” comments, actors from the movie adaptation of her book series, like Daniel Radcliffe (who plays the titular wizard) and Rupert Grint, the redheaded Brit who plays Harry’s best friend Ronald Weasley, have publicly rebuked her as well.

Though from Coltrane’s testimony, it’s clear that not all the people Rowling helped make famous have hung the author out to dry. In the interview, the actor was frank in that he hasn’t been bothered by Rowling’s comments and criticized the people who are outraged by the comments and who post about it online, are the ones with the problem.

“I don't think what she said was offensive really,” Coltrane told Radio Times, adding an appropriate rebuke for the Twitter mob who attacked her mercilessly: “I don't know why, but there's a whole Twitter generation of people who hang around waiting to be offended.”

Hagrid also disparaged the PC-sensitive mob as a bunch of softies, asking, “They wouldn't have won the war, would they?"

In June, Rowling generated massive pop culture controversy when she criticized a tweet which referred to women as “people who menstruate.” It was about the most woke way any entity had ever referred to women in history and inclusive enough for trans men – or biological women who identify as men – to find the phrase applicable to them.

In a series of tweets, Rowling infamously stated, “If sex isn't real, the lived reality of women globally is erased,” which is a pretty compelling take against the new, reality-bending language of the left. But it swiftly got her called a transphobe on Twitter and denounced by people she even worked with.

More recently Rowling received more criticism over reports of her upcoming novel called “Troubled Blood.” According to Insider, the book “centers on a cisgender male serial killer who fetishizes women's clothing,” which the outlet added is “a decades-old transphobic trope.” It’s easy to see how this set off more people already upset with the author. Vanity Fair, for example, reviewed the novel and said the book “proves her commitment to transphobia.”

Coltrane tried to soften the blow of his comments with a flippant quip about him “talking like a grumpy old man.” Still, he was adamant that the Twitter woke mob needed to calm down. “You just think: 'Oh, get over yourself. Wise up, stand up straight, and carry on,'" he stated.

Sorry, Robbie, that’s too much to expect from today’s socially-conscious youngsters.