As soon as Joe Biden announced U.S. Senator Kamala Harris (D-CA) as his vice presidential pick on August 11, prominent pro-life groups immediately characterized the Democratic presidential ticket for 2020 as the most “pro-abortion ticket in American history.”

Pro-life organizations like the Susan B. Anthony List, American Life League, and March For Life slammed former Vice President Biden’s VP pick as symbolic of his commitment to the pro-abortion lobby and abortion mill Planned Parenthood. They enumerated reasons including the fact that Kamala Harris supports taxpayer-funded abortion up to birth, and the fact that she has colluded with Planned Parenthood to sil 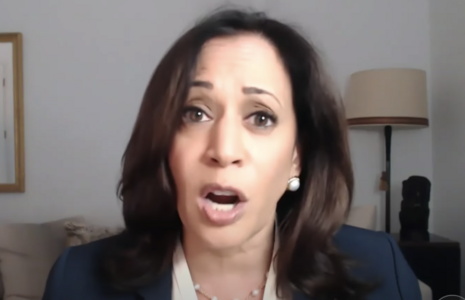 According to pro-life leaders, Biden’s choice of Kamala Harris as his running mate makes him “the abortion candidate” and should kill any impression that he is a “moderate.”

Several pro-life leaders provided conservative outlet LifeNews.com their statements on what a Biden-Harris administration would entail for the most precious individuals among us, the unborn; and the picture they painted was dire.

Susan B. Anthony List President Marjorie Dannenfelser told Life News that Kamala Harris, the former Attorney General of California, is an extremist when it comes abortion policy. “Kamala Harris is an extremist who supports abortion on demand through birth, paid for by taxpayers, and even infanticide.” Harris has expressed her support of “codifying Roe v. Wade” which essentially means turning a woman’s right to an abortion at any point in pregnancy into a federal law. Individual states’ stricter abortion laws would be nullified by such legislation.

Dannenfelser reminded readers that this is an agenda that’s too extreme for most Americans, even Democrats. She stated late-term abortion is “rejected by the overwhelming majority of Americans, including millions of Independents and rank-and-file Democrats.” A 2019 Marist poll found that though a majority of Americans want Roe v. Wade to stay in place, most also want abortion restricted at the same time.

Dannenfelser also brought up the fact that Harris allied herself with Planned Parenthood as California’s Attorney General in order to “shakedown” its political enemies. She stated that Harris “helped launch a politically-motivated shakedown of brave citizen journalists who exposed Planned Parenthood’s role in the harvest and sale of aborted baby parts for profit,” referencing PP’s court case against Center for Medical Progress President David Daleiden.

In an interview with Media Research Center Founder and President Brent Bozell, Dannefelser again stated that Biden-Harris will be the most “pro-abortion ticket in history,” though she expressed hope that it “will be the last.”

The activist explained, “It’s so thoroughgoing and the pro-life movement has reached to a powerful point.” Dannenfelser said that both realities will end up “being a gift.” The Dems’ “extremism” will turn voters into strongly considering the alternative, the “most pro-life administration in the country.”

American for Life League President Judie Brown weighed in on Harris’s “shakedown” of Daleiden, telling Life News, “Harris is well known for being the first attorney general in California history to bring charges against an undercover journalist for documenting criminal activity.” In that way, “she demonstrated her complete surrender to Planned Parenthood,” Brown stated, adding that the abortion mill is “a self-admitted racist and white supremacist organization.”

This is something that the organization admitted to by removing Margaret Sanger’s name from a prominent NYC clinic in the wake of pressure by Black Lives Matter activists who blasted the abortion mill's white supremacist history.

Brown concluded that Biden’s choice of Harris as VP signifies “his total submission to Planned Parenthood.”

Jeanne Mancini, March For Life president told the outlet that Biden’s pick “leaves no room for doubt” that Biden is now “the abortion candidate.” She went further, declaring that the ticket is “perhaps the most pro-abortion in history” and echoed the fact that their pursuit of radical pro-abort policies like late-term abortion is “out of touch with mainstream Americans.”

Mancini concluded that a Biden-Harris platform would “translate to a profound lack of protection and respect for the most vulnerable Americans, the unborn.”