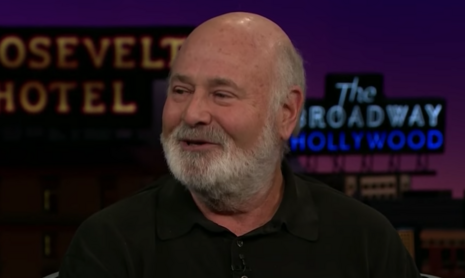 Rob Reiner really needs to calm down. The veteran actor and director of When Harry Met Sally is seeing red at yet another Trump decision, saying that the President’s desire to hold his re-election acceptance speech at Gettysburg battlefield is a “dogwhistle" for "white supremacy."

After several of the GOP’s plans for a Republican National convention fell through due to Chinese Virus concerns, the president began mulling over more unorthodox settings in which to give his re-election acceptance speech. Trump’s August 10 announcement that he had narrowed down the location of his speech to either the White House South Lawn or the site of the Civil War’s most famous battle made lefty heads explode, especially Reiner’s.

The director lashed out on Twitter that Trump may speak in Gettysburg, Pennsylvania, because somehow something Civil War-related means that Trump is leaning into Confederate sympathies.

Reiner posed his alternate history theory to Twitter on Monday after being provoked by the Gettysburg speech option. He tweeted, “Trump brilliantly narrows down the location of his acceptance speech. Either break yet another law and do it at the WH, or do it at Gettysburg and celebrate your devotion to White Supremacy.”

Remember, in loony lefty land, Republicans and Trump especially, are trying to Make White Supremacy Great Again. Speaking at the site of the battle in which the Union gained crushing momentum over the secessionist states of America means only that Trump wants to correct history with a new Confederate victory. Heaven forbid any president thought about giving a speech at one the most significant locations in American history, where our country’s unity was paid for by the single most bloody battle in our nation’s history.

Not to mention Gettysburg was also the site of Abraham Lincoln’s Gettysburg Address, one of the greatest – if not the greatest – speech in American history. It expressed Lincoln’s resolve to keep America as one nation and his hope that through the darkness of the Civil Aar, America and all in it “shall have a new birth of freedom.”

But nope. Reiner’s ignorance, spat out to 1.1 million Twitter followers, made yet another a mockery of our legacy for the sake of scoring petty political points against the one man that keeps him up at night.

Senior Advisor to the National Republican Senatorial Committee Matt Whitlock called out Reiner’s stark, raving idiocy on the social media platform, asking the dunce, “Wait what do you think happened at Gettysburg[?]” With no shame, Reiner replied, “I know exactly what happened at Gettysburg. CSA got its ass kicked. Perfect setting for the dog whistle.”

Oh right. Republicans under Trump are the white supremacist south born again to have this fight. And who are the Union troops? The hordes of Black Lives Matter rioters who are violating Americans’ rights on a nightly basis in Democratic cities? In Reiner’s TDS-ridden mind, apparently so.

Honestly Rob, it’s the reverse. If anything, Trump’s decision is symbolic for the very fact that we have to put down another anti-unionist rebellion that you’re an enthusiastic part of.